THINGS TO DO IN BARCELONA

Barcelona is a very popular gay destination. This is because Barcelona has much to offer in both summer and winter. In addition Barcelona has a vast selection of museums and interesting (historic) buildings. Barcelona also has a lovely beach and an active gay scene in the center of Barcelona. The gay scene is near the Eixample district, an area close to Placa Catalunya, in the triangle between metro stations Universitat, Urgell and Hospital Clinic. In addition there are several gay venues in the districts of Sant Antoni and Poble-sec.

HOTELS FOR GAYS IN BARCELONA

Axel Hotel Barcelona is located right in the gay district of Barcelona's Eixample district. This location is suitable for exploring the bustling gay scene in Barcelona and to visit the many attractions of Barcelona. Several theaters, Place de Catalun 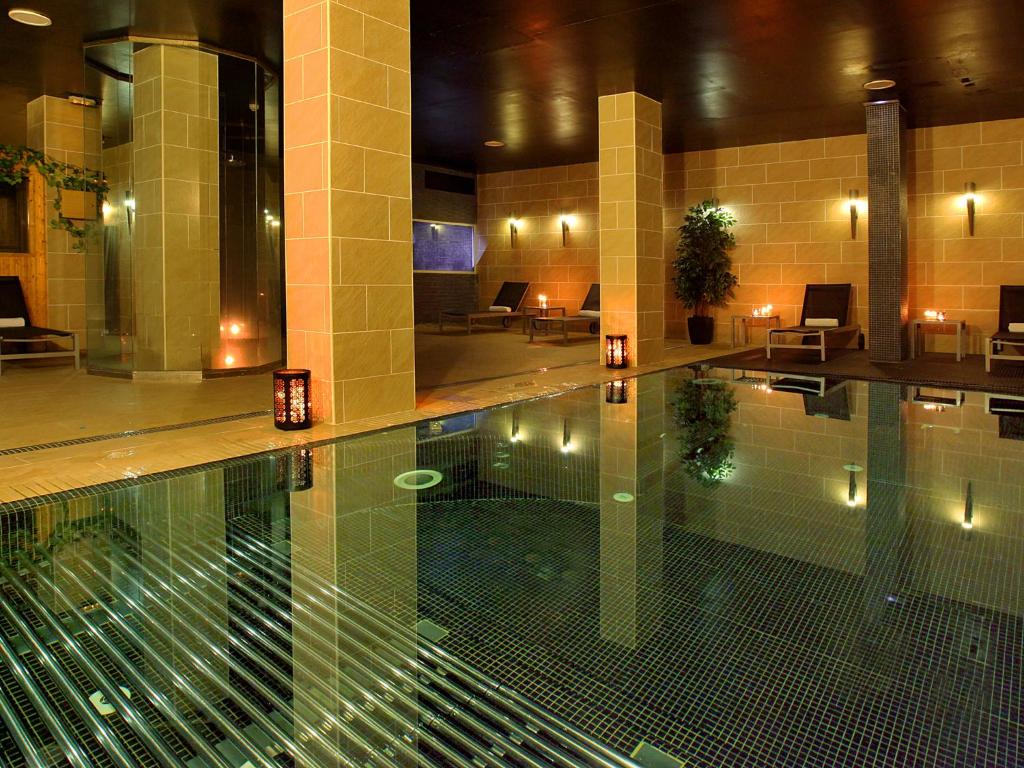 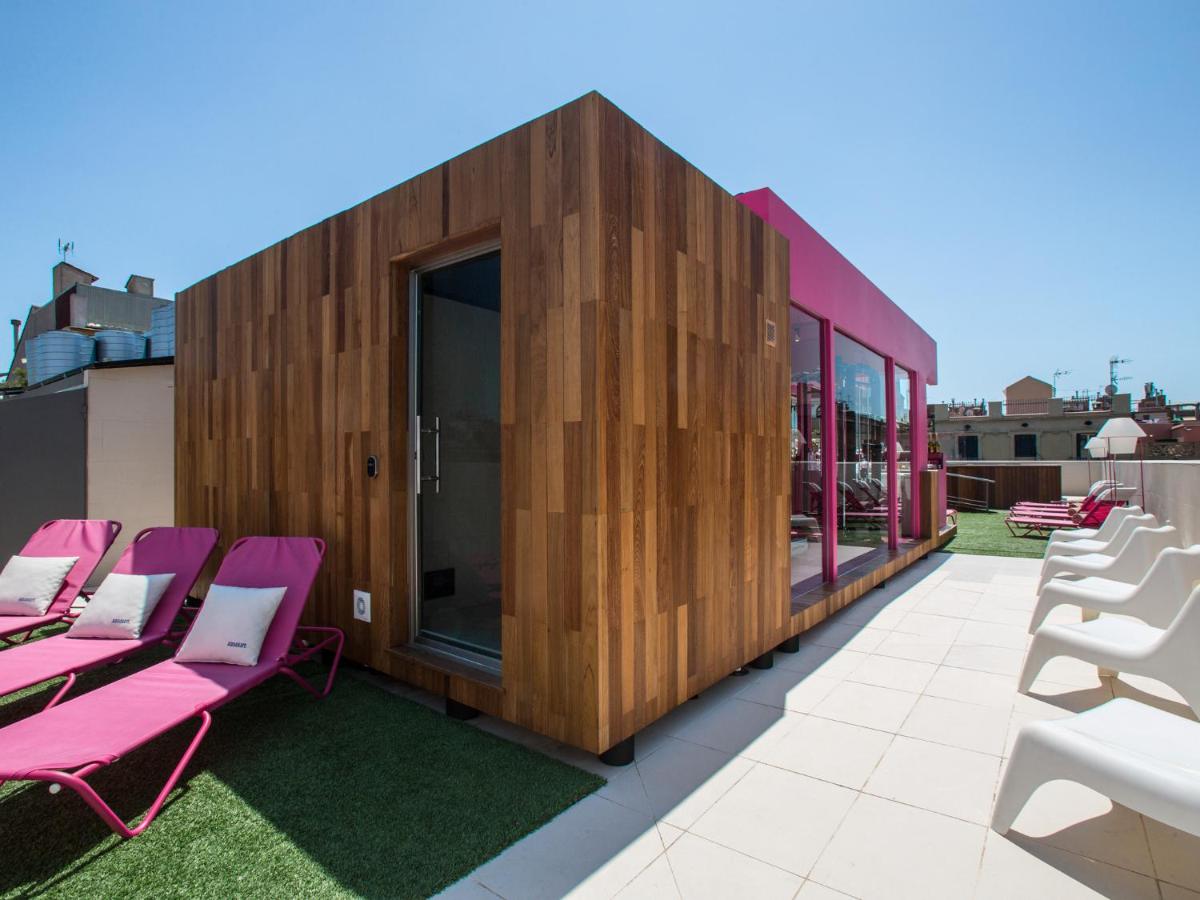 TWO Hotel Barcelona is a so called hetero-friendly hotel. The hotel is an excellent choice for your stay in Barcelona. The hotel offers pleasant rooms with air-conditioning and free WiFi. Other facilities of the hotel are a large sun terrace with loungers, a small pool and a sky bar. From the skybar you have nice views over Barcelona. You can explore Barcelona by public transport. The nearest subw
MORE INFO BOOK NOW € 130 per night
8.7 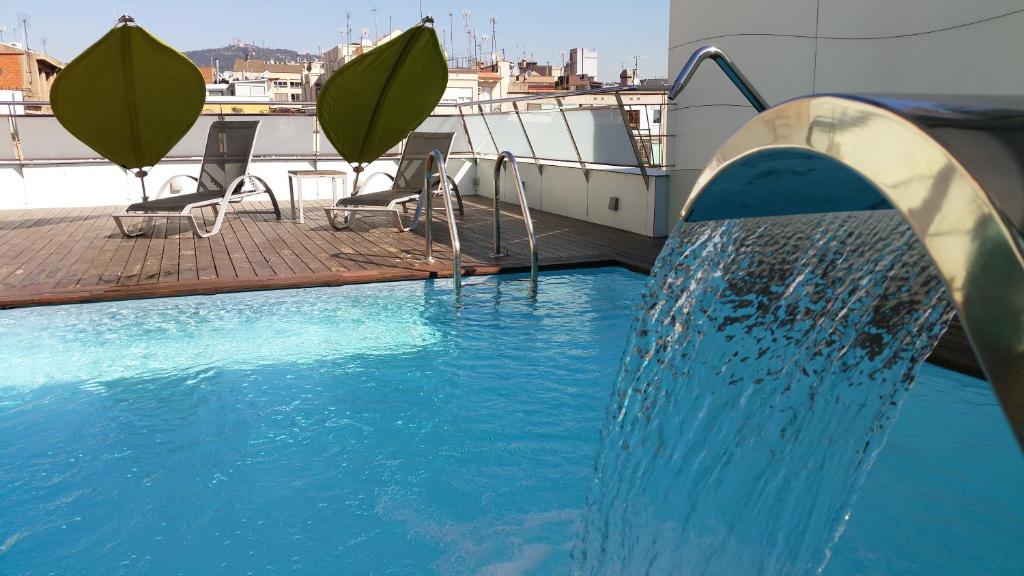 The Ako Suites Barcelona are set in a modern building, in the heart of Barcelona. From the hotel it is a short walk to the famous Ramblas and Plaza Catalunya. If you arrive by airplane you can take the shuttle bus from the airport to Plaze Catalunya and walk from the bus stop to the hotel. The Ako Suites Barcelona have great facilities which include a rooftop swimming pool, spacious rooms and a su
MORE INFO BOOK NOW € 90 per night
8.3 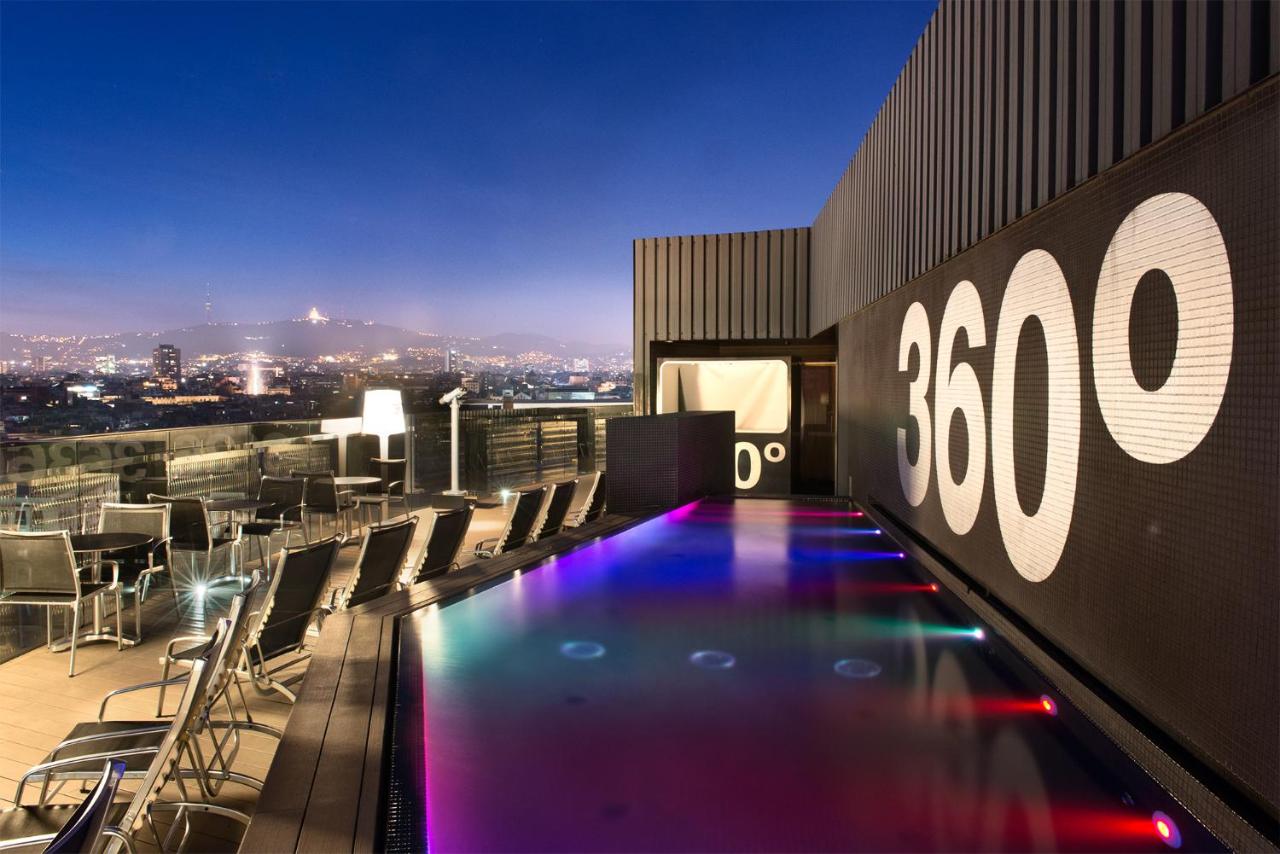 Barcelo Raval is situated at a great location in Barcelona. Making the hotel a very good base for exploring the gay scene in Barcelona. Besides the gay scene it is also easy to visit the many tourist attractions of Barcelona. Located in the Raval area, it is about a fifteen minute walk to Eixample. But also the gay venues of the Sant Antoni district are close to the hotel. In addition, Barcelo Rav
MORE INFO BOOK NOW € 69 per night
8.0 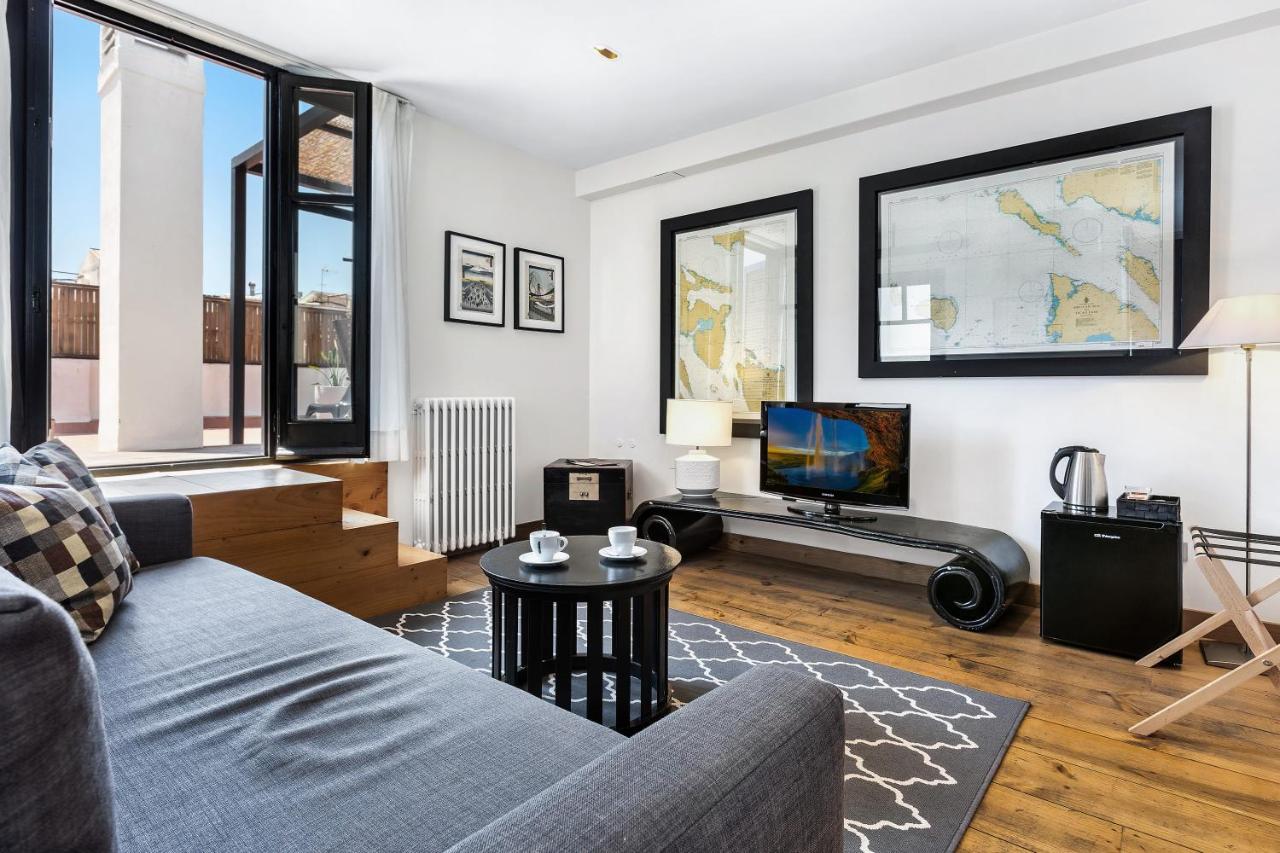 Hotel Market is located in Sant Antoni in Barcelona. The hotel has almost fifty rooms which are spacious, clean and tastefully decorated. In addition, each room has air conditioning and free wireless internet. From Hotel Market you can walk in 10 to 15 minutes to Plaça de Catalunya and the port of Barcelona. Near Hotel Market there are several gay venues, but not as much as in the Eixample distri
MORE INFO BOOK NOW
8.5 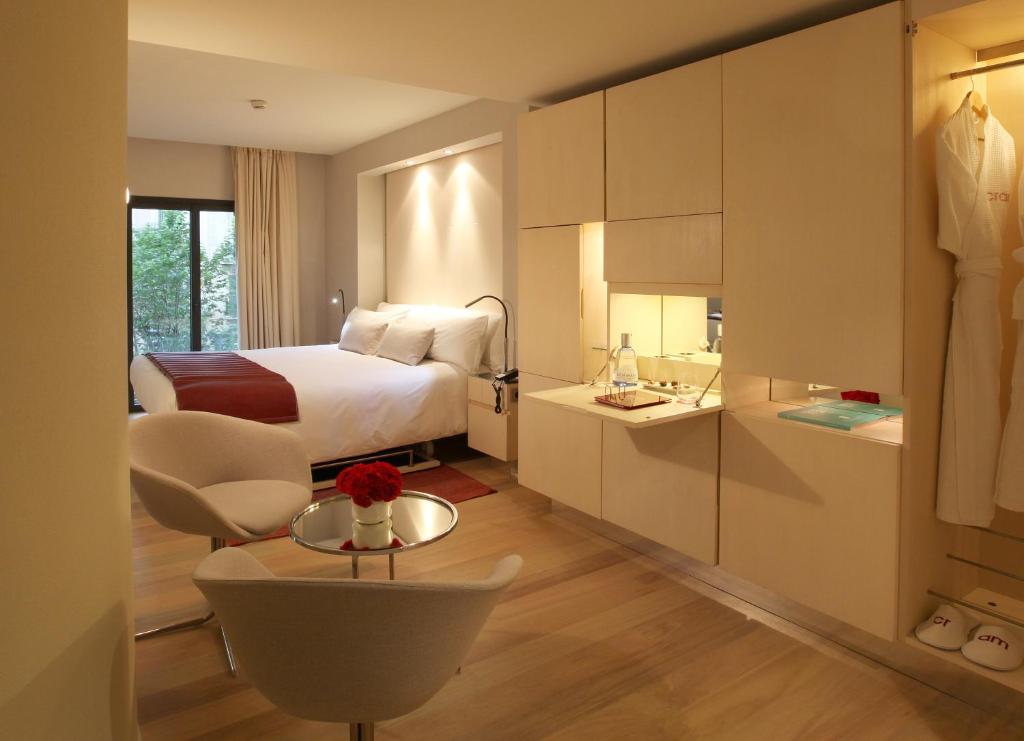 Hotel Cram is situated at a very convenient location in Barcelona, close to the Eixample district. In hte Eixample district there are many gay clubs and bars. The rooms of the hotel are well designed. Another feature of the hotel is a terrace with comfortable sofas. Last but not least there is also a rooftop pool. All rooms are air-conditioned and have free WiFi. The restaurant at Hotel Cram has a
MORE INFO BOOK NOW € 268 per night
9.2 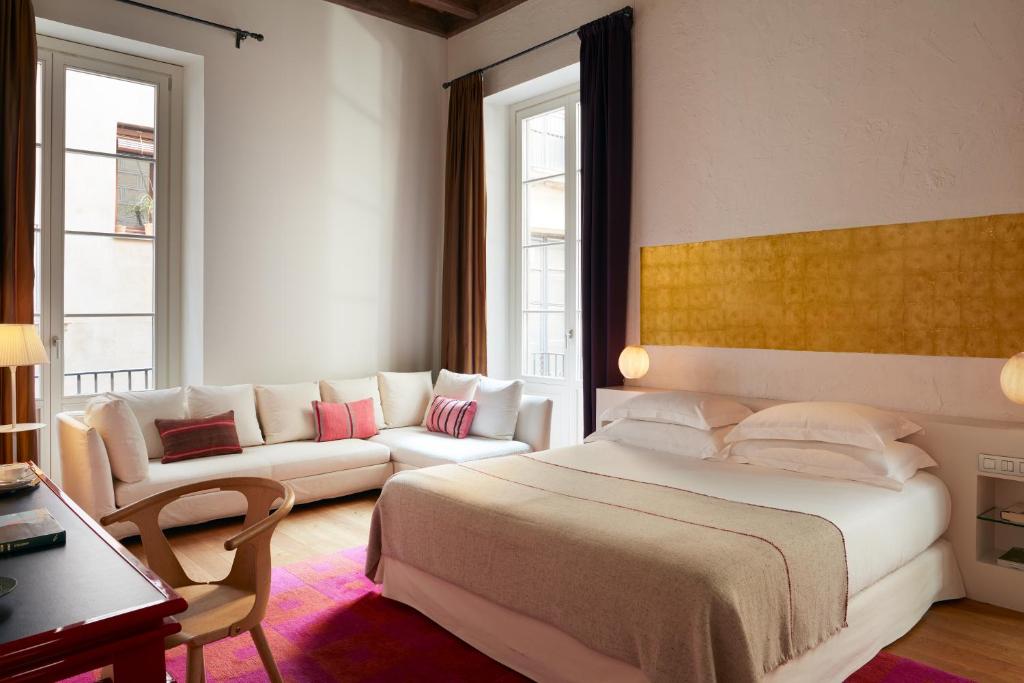 Hotel Neri is a very luxurious hotel in the city center of Barcelona. The hotel is housed in a stunning historic building near the Cathedral of Barcelona.The spacious rooms are equipped with stylish furniture and decoration. Other features of Hotel Neri are a swimming pool and a rooftop terrace with garden. Guests appreciate the excellent service of the hotel and reward the hotel with high custome
MORE INFO BOOK NOW € 71 per night
8.2 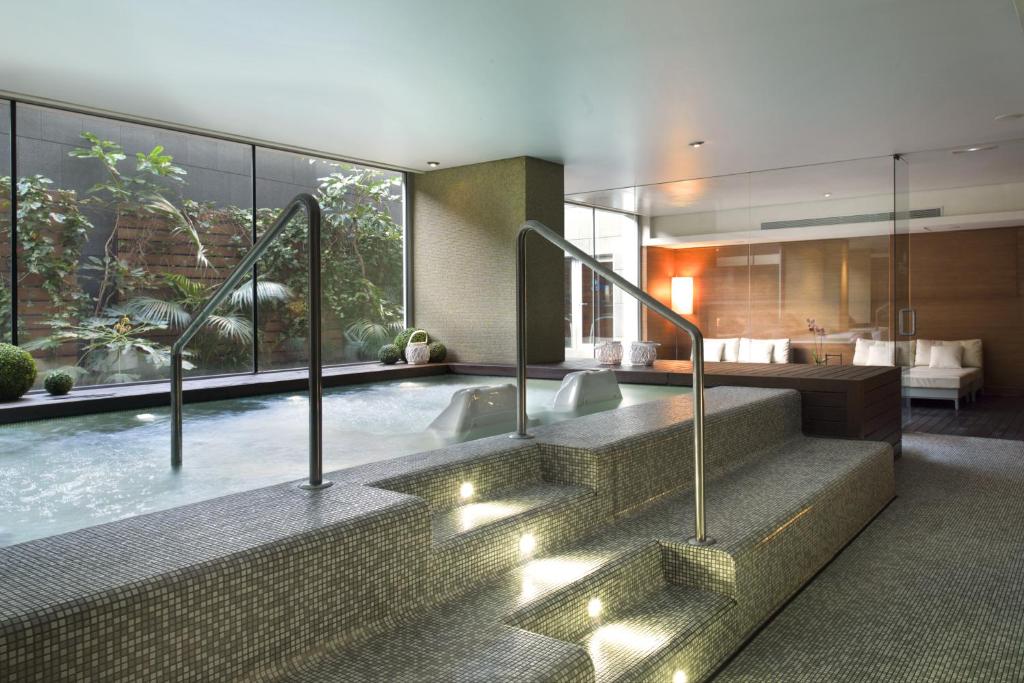 Hotel SB Diagonal Zero Barcelona is a great choice if you do not want to stay in the city center of Barcelona. The hotel is situated at the end of Avinguda Diagonal. This is near the beaches of Barcelona. The hotel offers excellent facilities such as an outdoor swimming pool with sea view. Other facilities are a wellness. Here there are several beauty treatments offered. In the gym you can keep yo
MORE INFO BOOK NOW € 113 per night
9.4 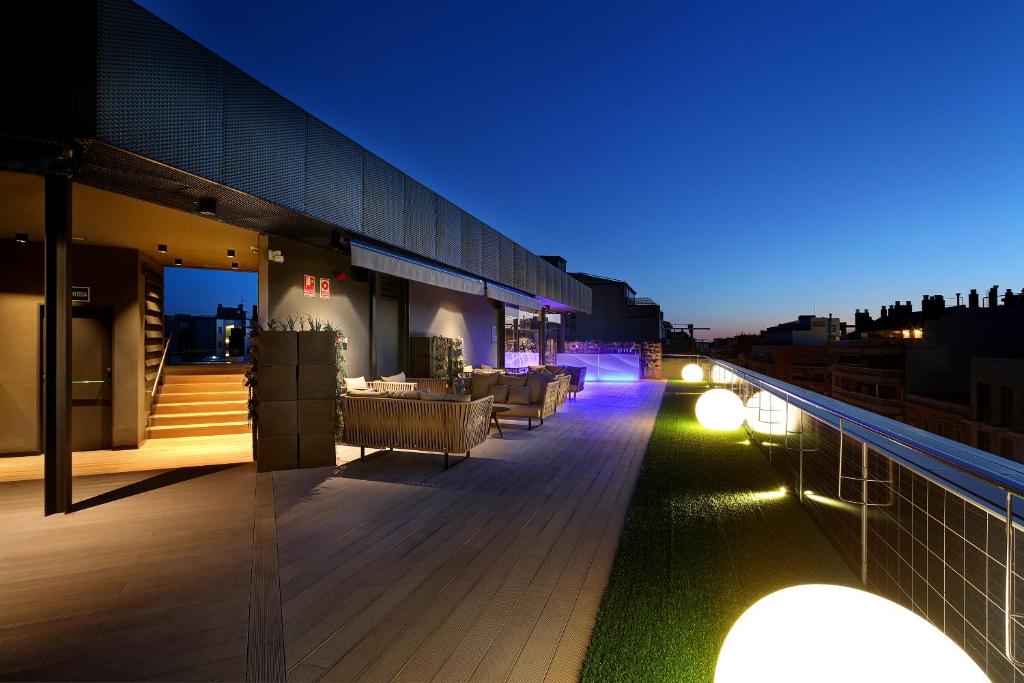 The Olivia Balmes Hotel is an excellent choice for you stay in Barclona. The hotel is located close to the Eixample district. In this neighbourhood there are many gay bars and clubs. Other tourist attractions are easy to visit by foot or by public transport. There are three subway stations within walking distance from the hotel. The nearest one is subway station Provença. Passeig de Gràcia, one
MORE INFO BOOK NOW € 85 per night
9.0 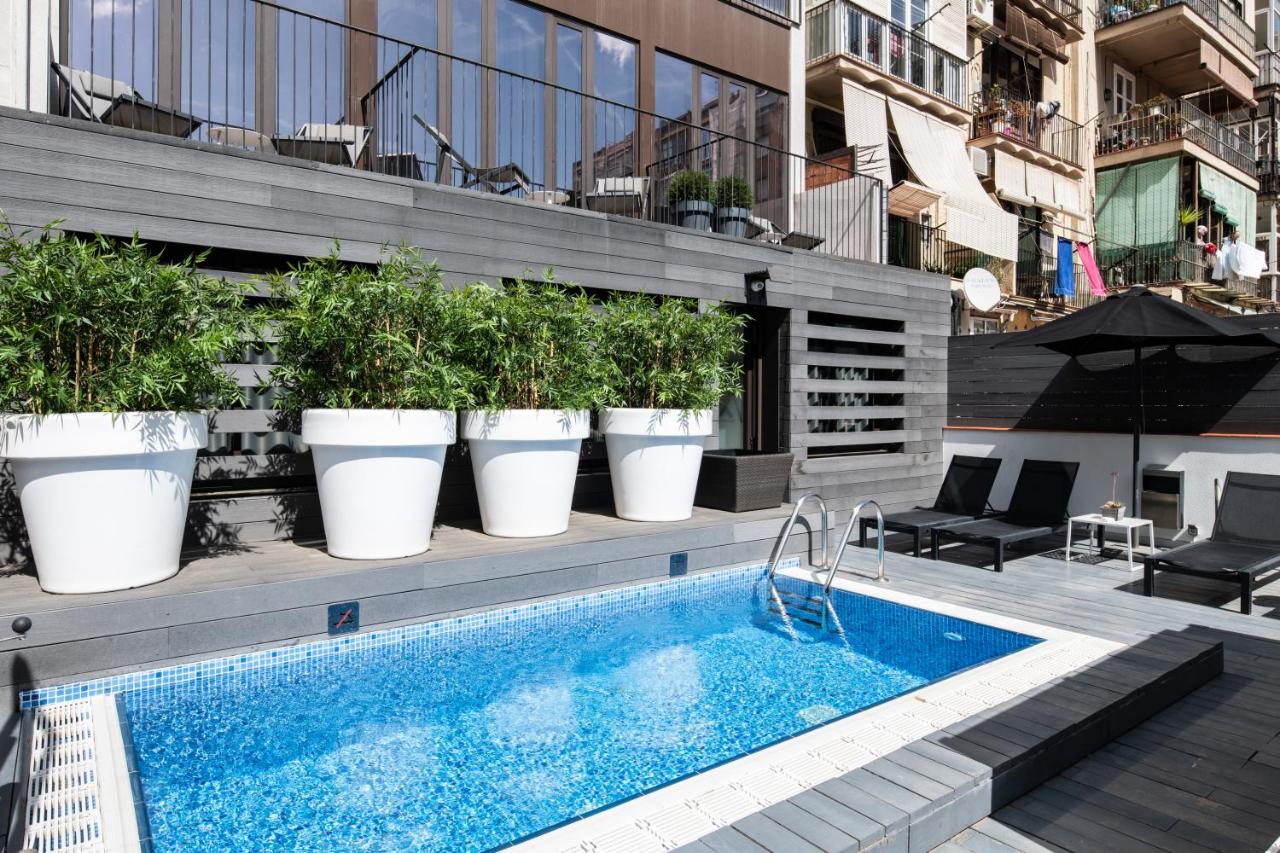 Catalonia Gran Via BCN is located in the heart of Barcelona’s gay district Eixample just in between the two most popular gay hotels of Barcelona, Axel Hotel Barcelona and TWO hotel Barcelona. In the Eixample district you will find many restaurant, bars and club. For shopping you can go to the nearby Passeig de Gracia where many leading brands have a store. From the hotel it is a ten minute walk

OTHER HOTELS FOR GAYS IN BARCELONA 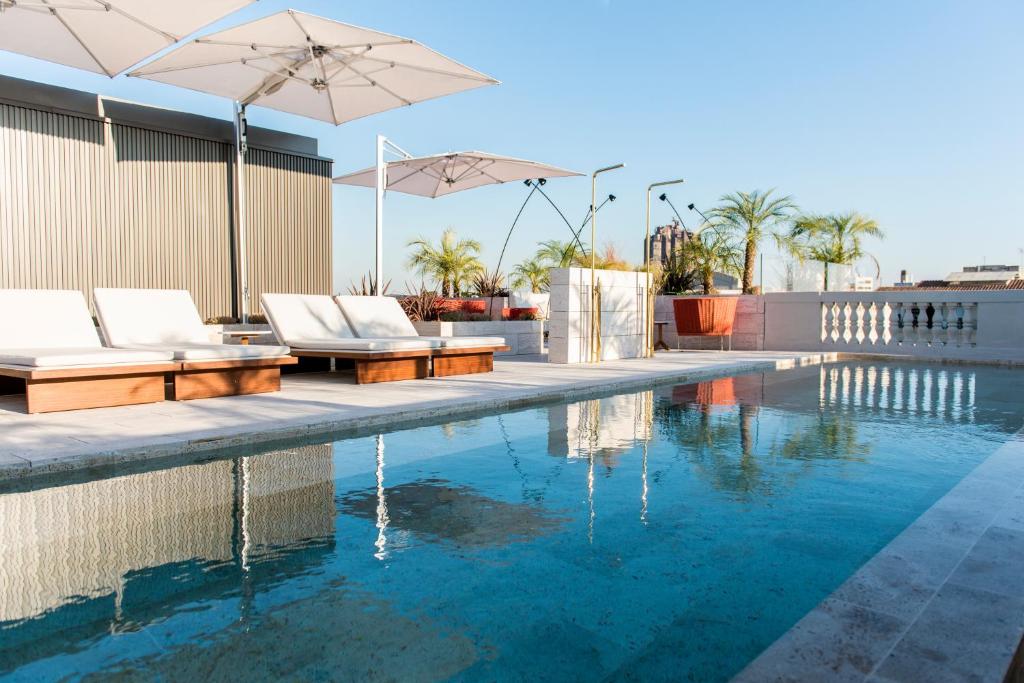 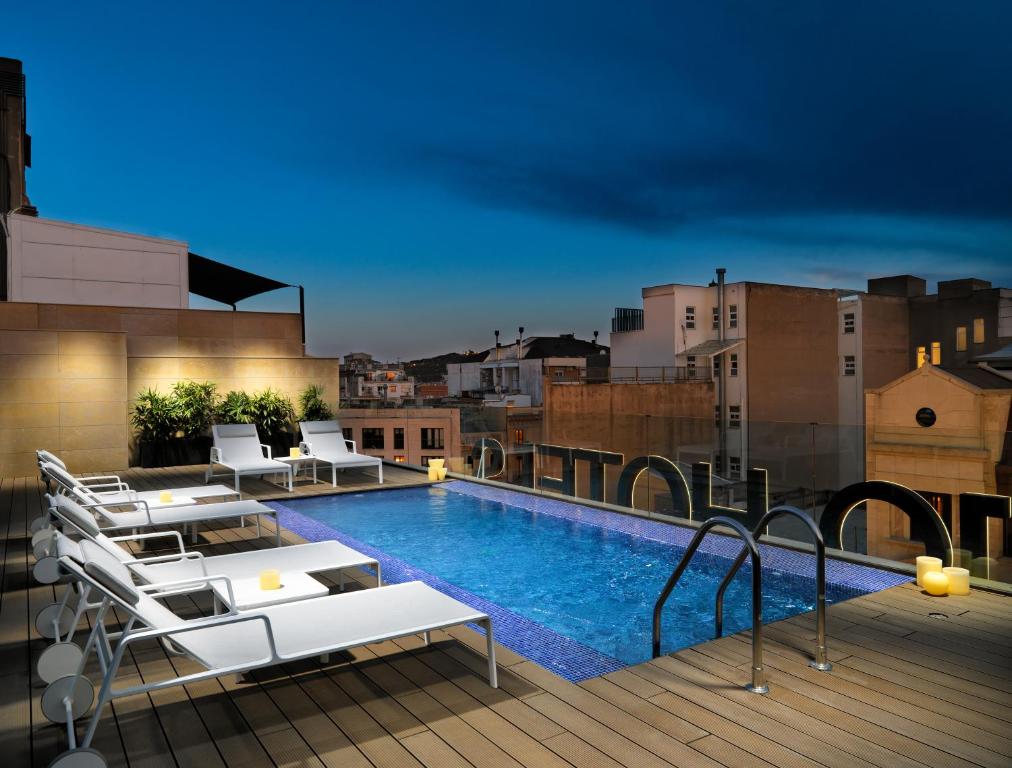 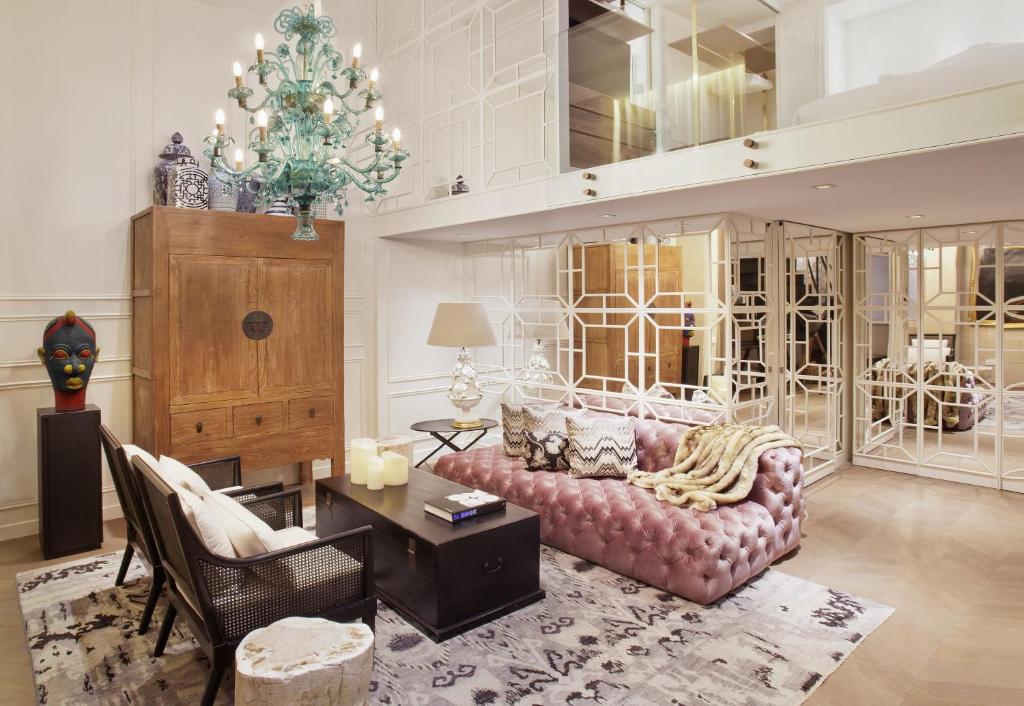 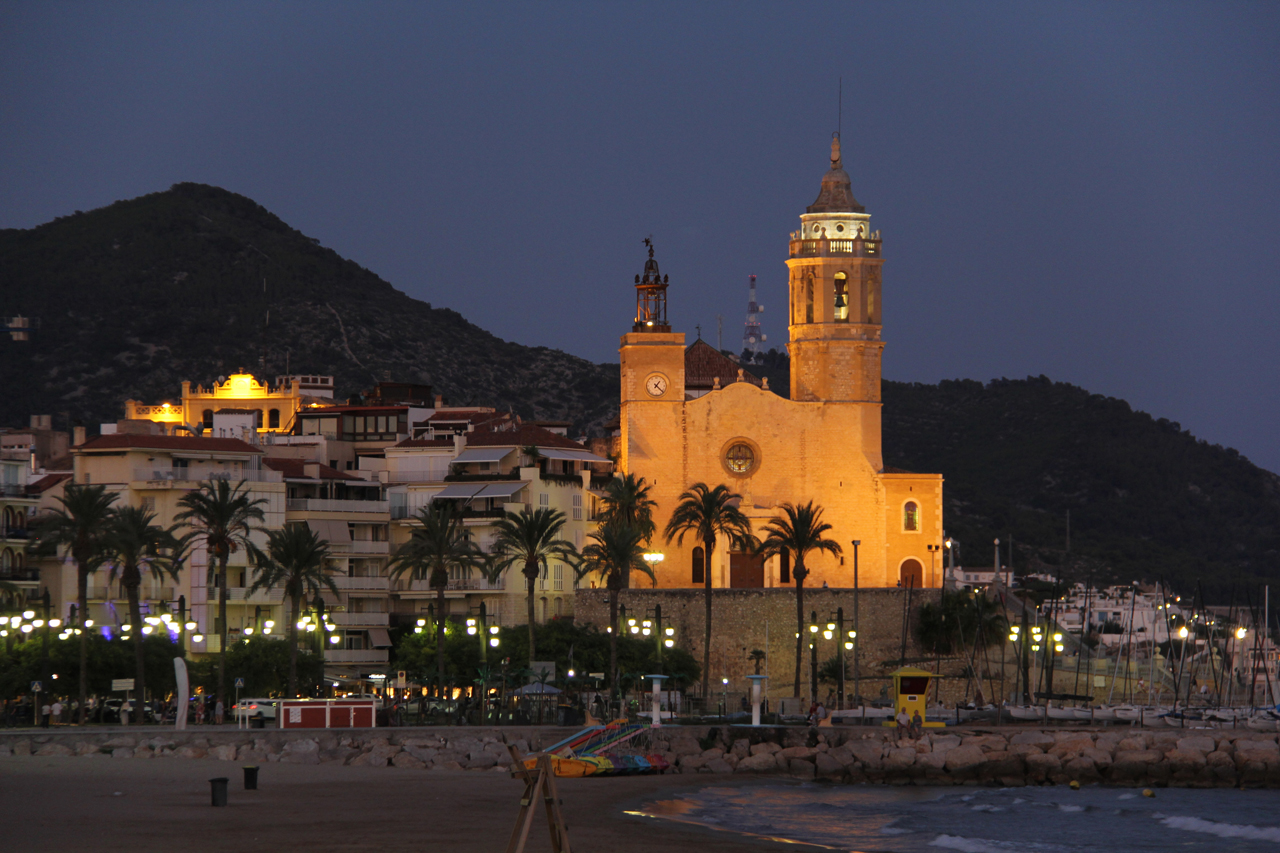