THINGS TO DO IN FORT LAUDERDALE

Fort Lauderdale is a very popular gay destination. This is due to the wonderful climate, the beach and the extensive gay scene. In Fort Lauderdale there are many gay only resorts where you can relax, enjoy the sun and where often beauty treatments are offered. The hotels are located either directly at the beach or more towards Wilton Manors. In this district you will find the gay scene of Fort Lauderdale. The most popular beach is Sebastian Street Gay Beach.

HOTELS FOR GAYS IN FORT LAUDERDALE

The Atlantic Hotel & Spa is situated at a great location in Fort Lauderdale, directly at the beach. From the rooms with sea view, you have beautiful looks over the ocean. From the large terrace with swimming pool you will have this same amazing l 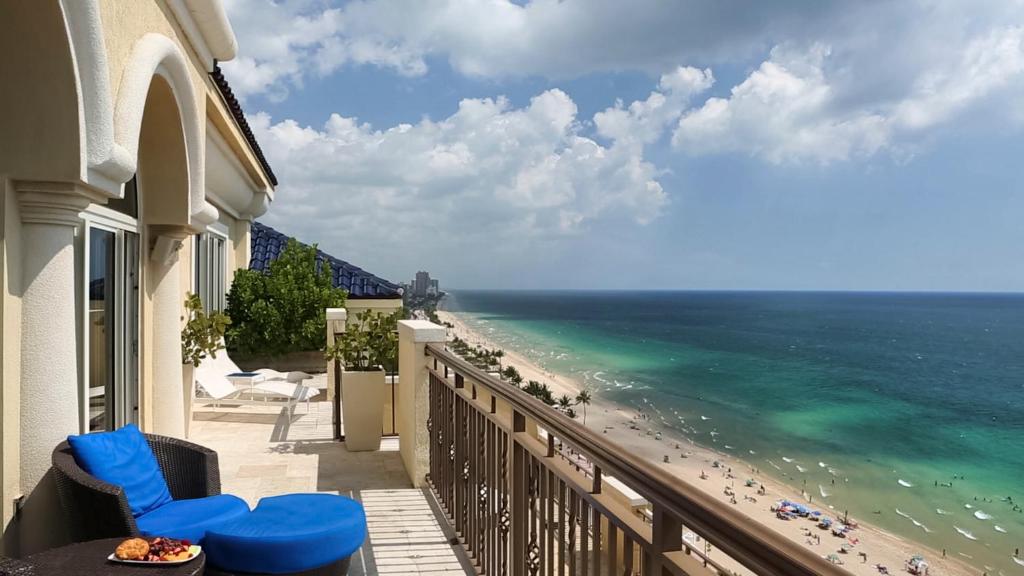 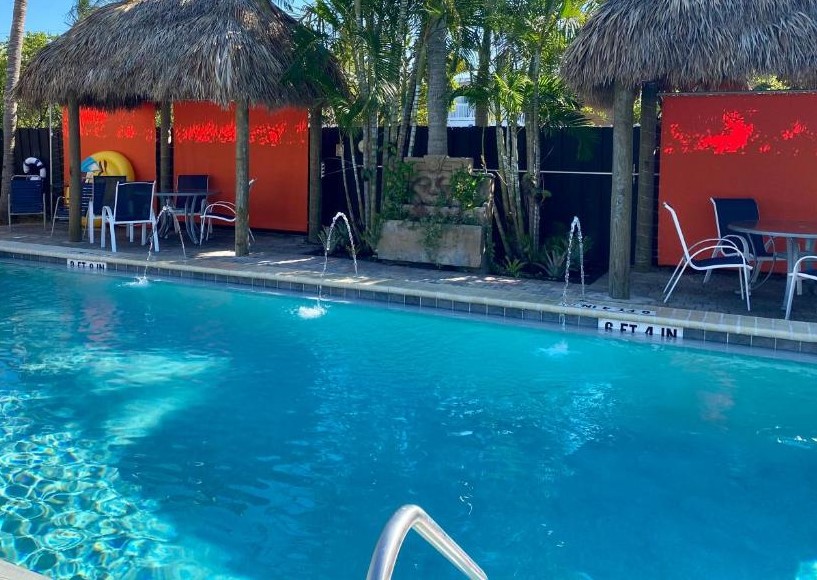 The Cabanas Guesthouse & Spa - Gay Men's Resort is a small resort on the border of Wilton Manors. This gay-only resort has excellent facilities in an intimate setting. The guesthouse offers great facilities such as swimming pools, a Jacuzzi and a wellness center, where you can book massages and body- & facial treatments. The Canabas Guesthouse is an ideal choice to relax and unwind. To the
MORE INFO BOOK NOW € 307 per night
8.9 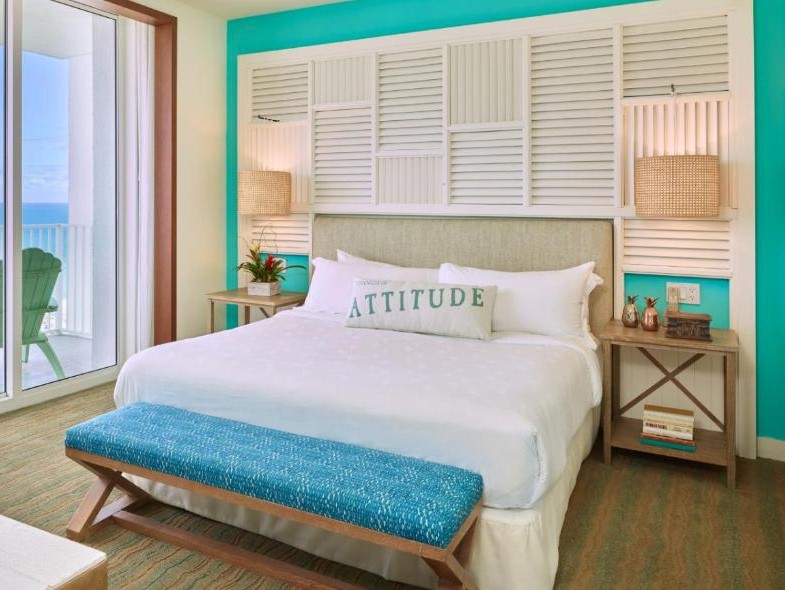 The Margaritaville Hollywood Beach Resort is a large and luxurious resort on the Ocean Drive in Fort Lauderdale. The resort has a spa, three swimming pools, fitness facilities and even a surf simulator. In addition, there are eight different restaurants, many live music performances and there is private parking available (at extra costs). The rooms are spacious, well-kept and all with private balc
MORE INFO BOOK NOW € 241 per night
9.8 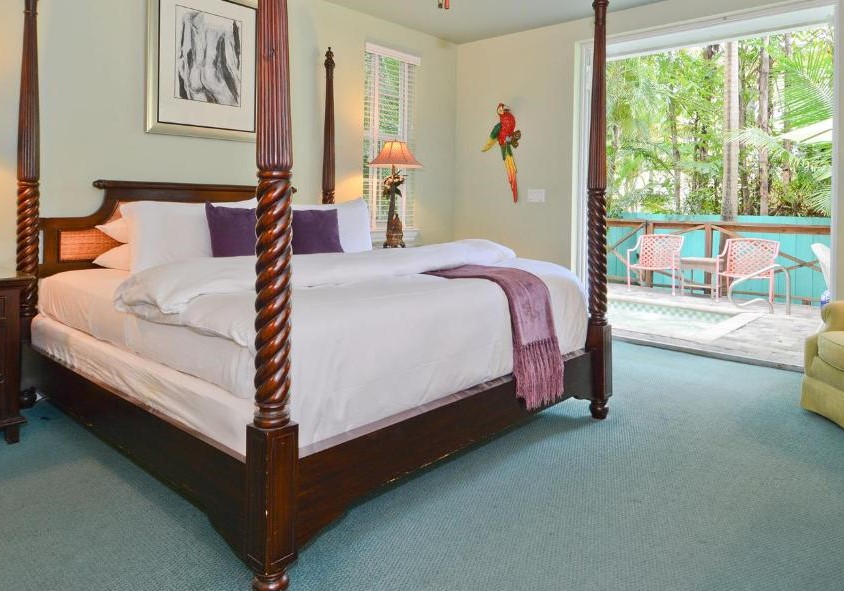 The Pineapple Point Guesthouse & Resort is a great choice for your stay in Fort Lauderdale. The rooms of this gay men only resort are spacious, clean and equipped with all necessary facilities. This resort is appreciated for its hospitality, the very friendly staff, the many extra facilities such as the bicycle rental and the wonderful spa facilities. Every day you can start the day with a del
MORE INFO BOOK NOW € 280 per night
9.0

The Grand Resort and Spa 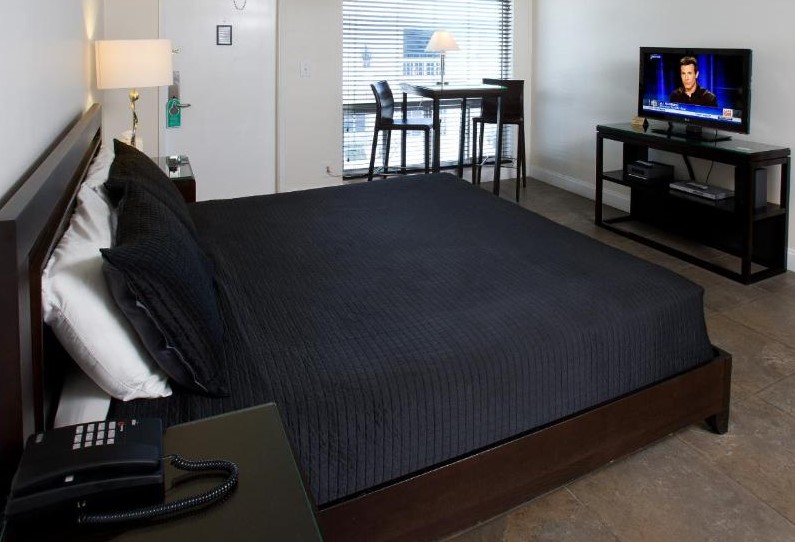 The Grand Resort and Spa - All Male Spa Resort is a ten-minute walk away from Sebastian Street Gay Beach. This gay only resort offers luxurious amenities such as a spa where you can relax and book a wide variety of treatments. Other facilities at this resort include a garden with outdoor pool and jacuzzi, a barber shop, a small shop and free parking. The Grand Resort and Spa offers rooms, studios
MORE INFO BOOK NOW € 371 per night
7.7 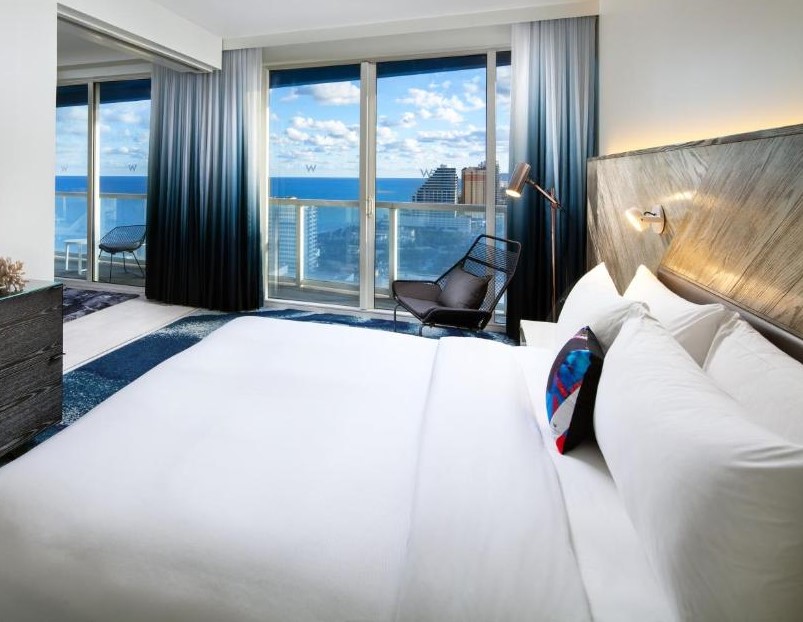 The W Hotel in Fort Lauderdale is a luxurious beachfront property located in the heart of the city. The hotel's modern, sleek design is inspired by the vibrant energy of South Florida and boasts breathtaking views of the Atlantic Ocean. Guests can enjoy a variety of amenities, including a state-of-the-art fitness center, a full-service spa, and multiple dining options, including a rooftop restaura
MORE INFO BOOK NOW € 195 per night
8.8 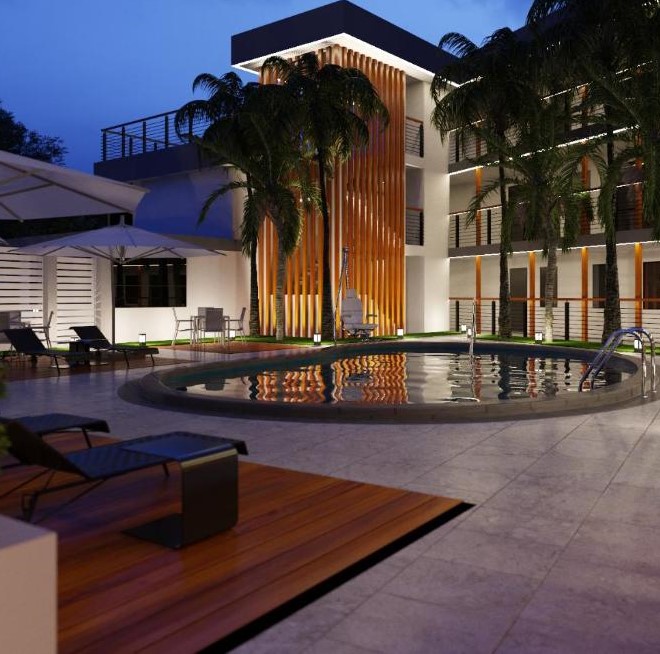 The Deco Boutique Hotel in Fort Lauderdale is a popular destination for travelers, particularly within the LGBTQ+ community. Located in the heart of Wilton Manors, the hotel is situated in a thriving gay neighborhood that is home to numerous bars, clubs, and events. The Deco Boutique Hotel itself is also a welcoming and inclusive space, with a friendly and welcoming staff who are happy to help gue
MORE INFO BOOK NOW € 193 per night
7.4 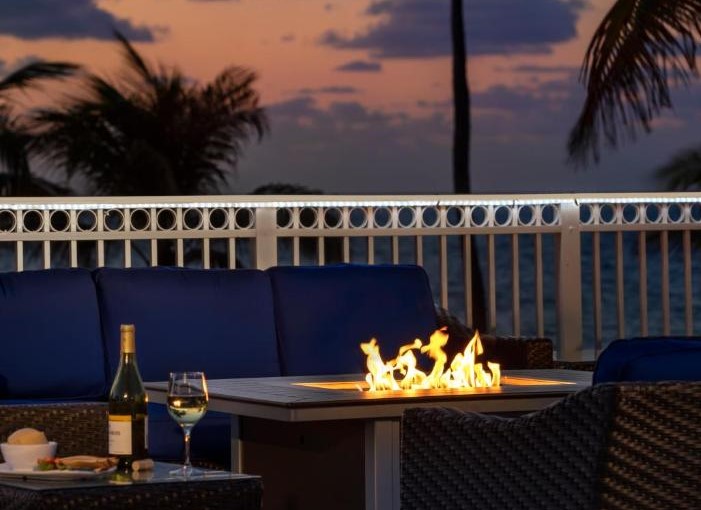 Courtyard by Marriott Fort Lauderdale Beach is a 3-minute walk from the beach and a ten-minute walk from Sebastian Street Gay Beach. The hotel offers up-to-date rooms with excellent amenities. The hotel has a restaurant, gym facilities and a swimming pool. There is also a bar and a bistro. The staff is very friendly and you can make use of private parking. A few steps away0 from the Courtyard Hote
MORE INFO BOOK NOW € 205 per night
7.8 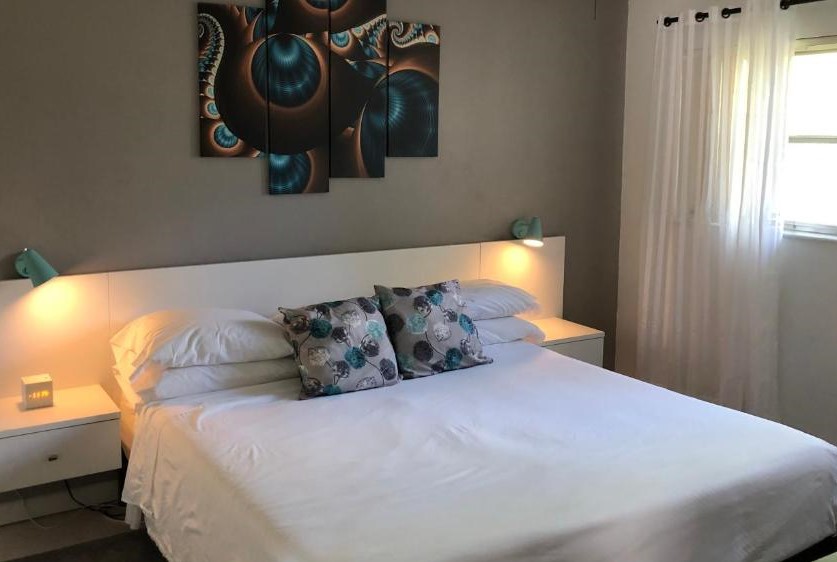 The Cheston House in Fort Lauderdale is a popular vacation destination for the gay community. Located in the heart of Wilton Manors, a neighborhood known for its vibrant and welcoming LGBTQ+ scene, the Cheston House is just steps away from some of the city's best bars, clubs, and restaurants. The property itself is a beautifully restored 1920s mansion, featuring charming period details and luxurio
MORE INFO BOOK NOW € 215 per night
9.0 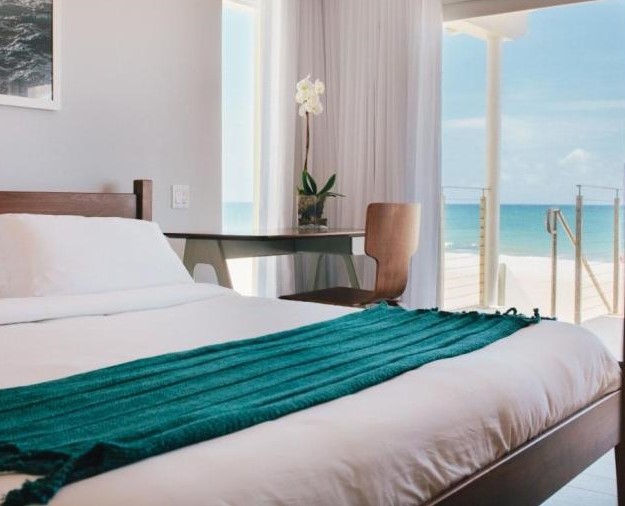 The Tides Inn is a luxurious oceanfront hotel located in Fort Lauderdale. The hotel is surrounded by a variety of tourist attractions, including the beautiful beaches of the Atlantic Ocean and the Everglades National Park. The hotel offers a range of amenities for guests, including a private beach, an outdoor pool, and a fitness center. The guest rooms are spacious and elegantly decorated, with pr