THINGS TO DO IN SYDNEY

Sydney is the largest and probably the most famous city in Australia. The city is a popular destination. This is due to the pleasant climate, the open & tolerant atmosphere, the many sights & activities and the wonderful beaches. The city has an extensive gay scene that mainly takes place around Oxford Street in the Darlinghurst district. If possible, try to be in Sydney during the Mardi Gras. The popular beaches are Bondi Beach (on the north side) and outside the city Obelisk Beach and Lady Jane Beach.

HOTELS FOR GAYS IN SYDNEY

The 57Hotel is located right in the city center of Sydney, close to the Central Station, close to the nightlife of Oxford Street and close to many shops and restaurants in and around Crown Street. The rooms of 57Hotel are equipped with modern furnitu 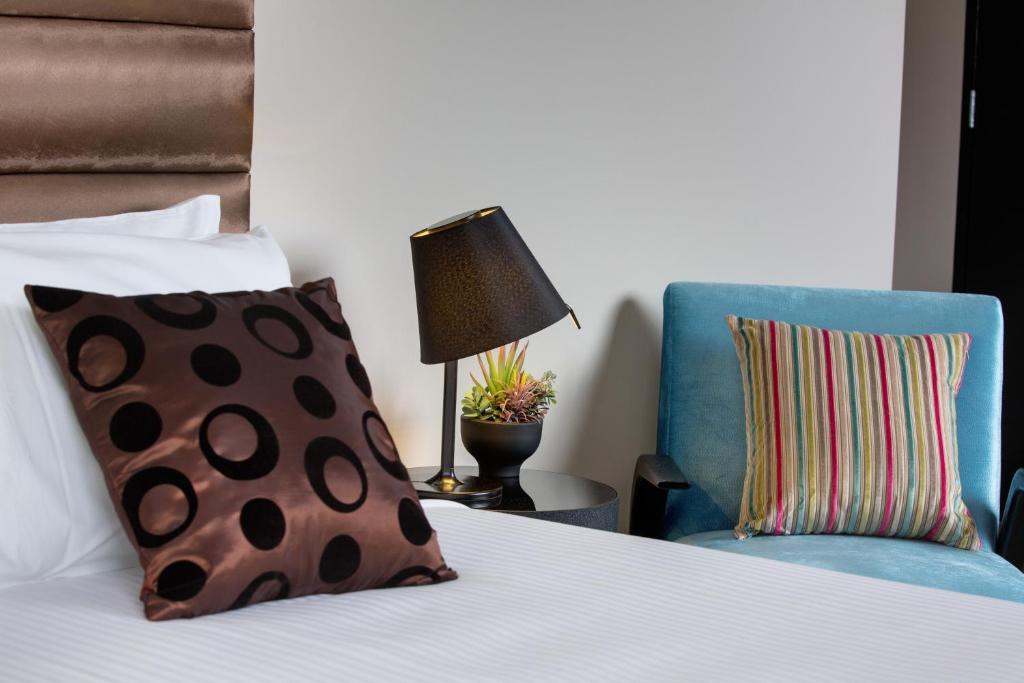 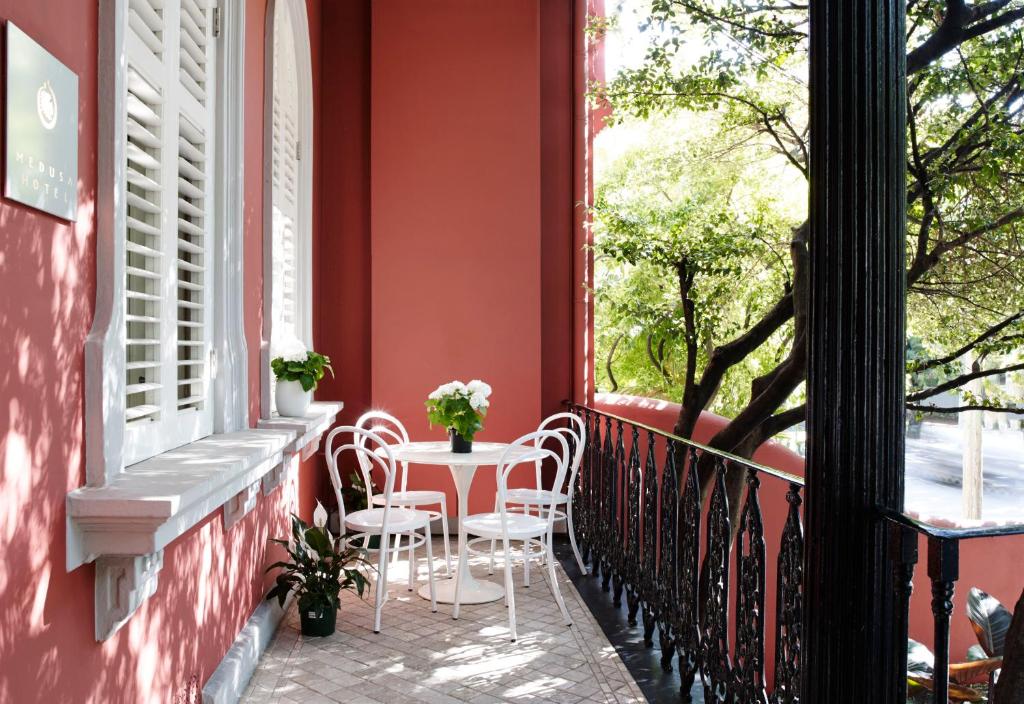 The Medusa Hotel Sydney is a great choice if you would like to explore Sydney's nightlife. The hotel is just a 10-minute walk from Oxford Street. In and around Oxford Street you will find many gay bars and clubs. Other attractions close to the hotel include St. Mary's Cathedral and the Australian Museum. The Medussa Hotel Sydney is a charming boutique hotel with excellent facilities and excellent
MORE INFO BOOK NOW € 118 per night
8.5 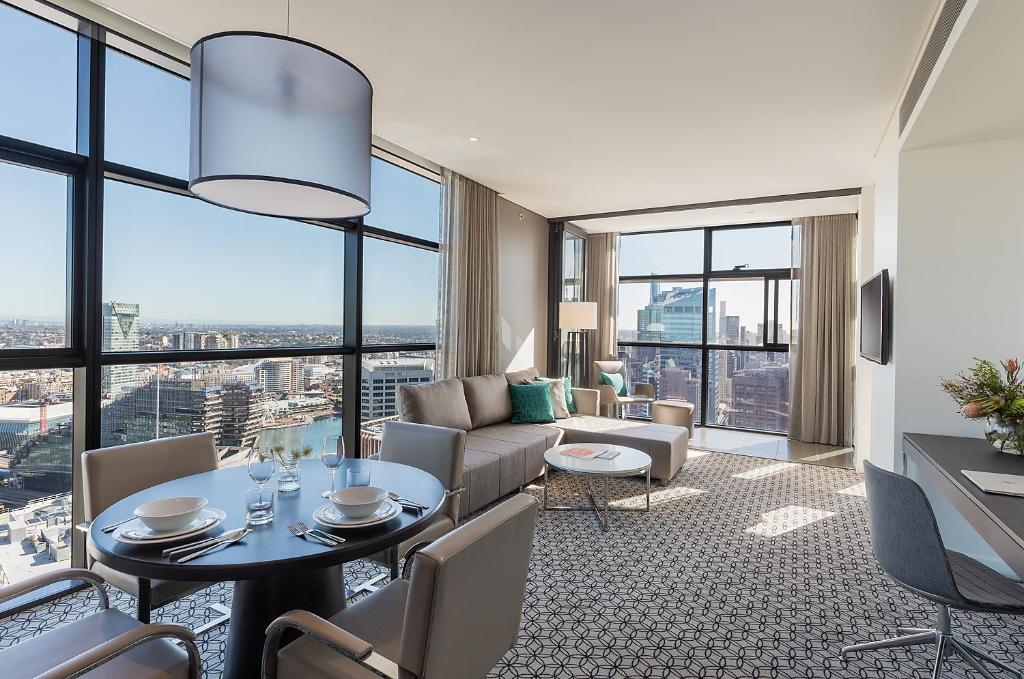 Fraser Suites Sydney offers luxurious, modern apartments with beautiful views of the city. You can make use of excellent fitness facilities and a swimming pool with sauna and jacuzzi. Fraser Suites is located right in the center of Sydney and within walking distance of the central train station. Within ten minutes you can walk to Darling Harbor and to Hyde Park. Several shopping streets and center
MORE INFO BOOK NOW € 215 per night
9.0 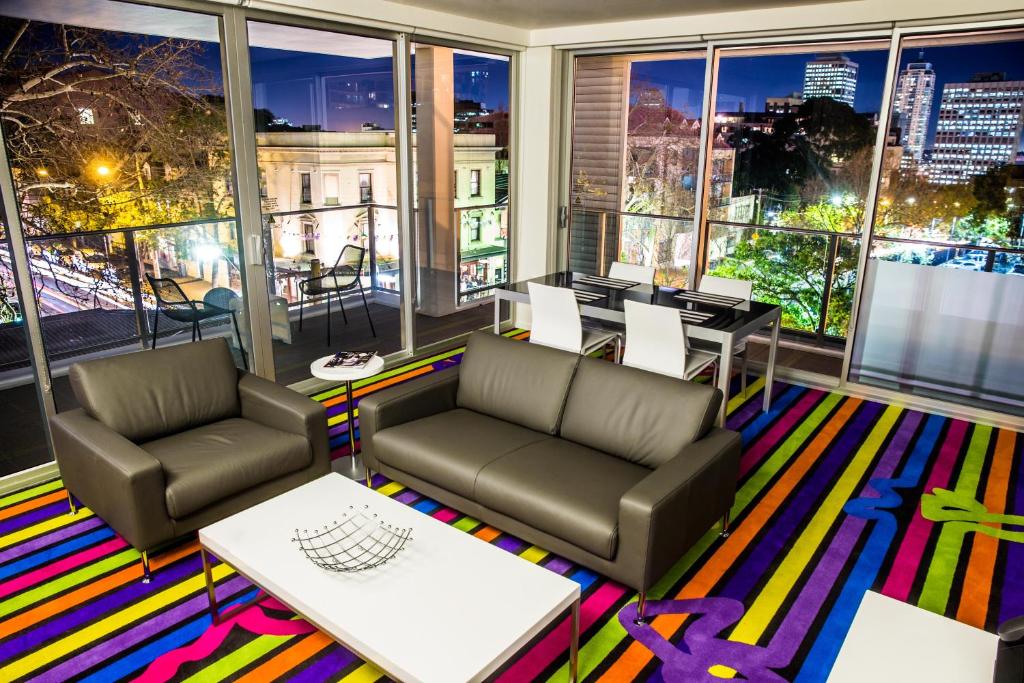 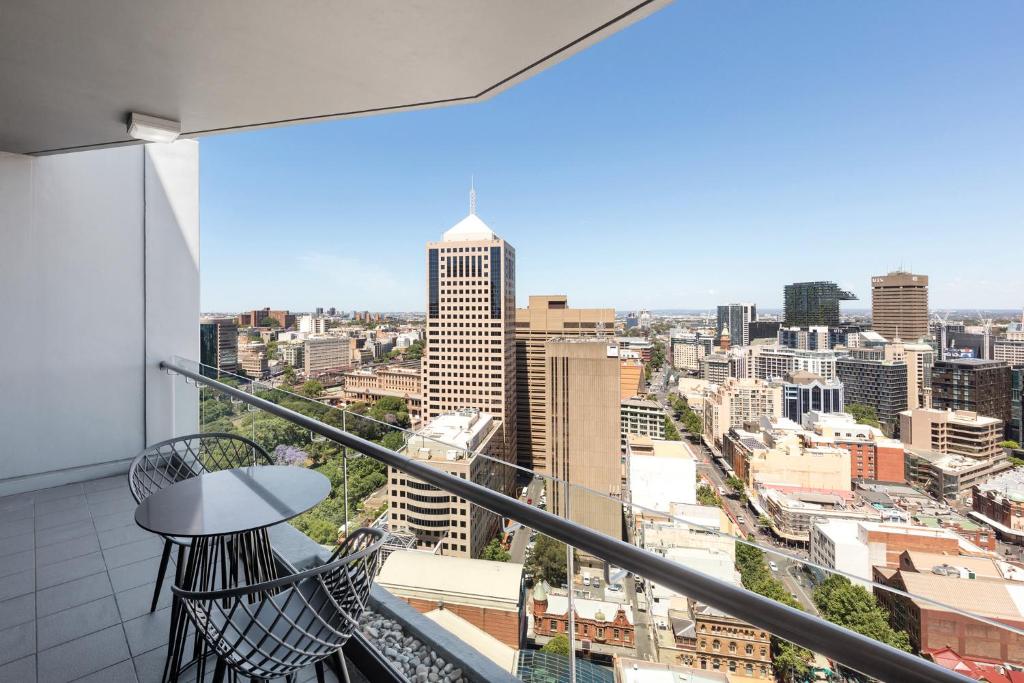 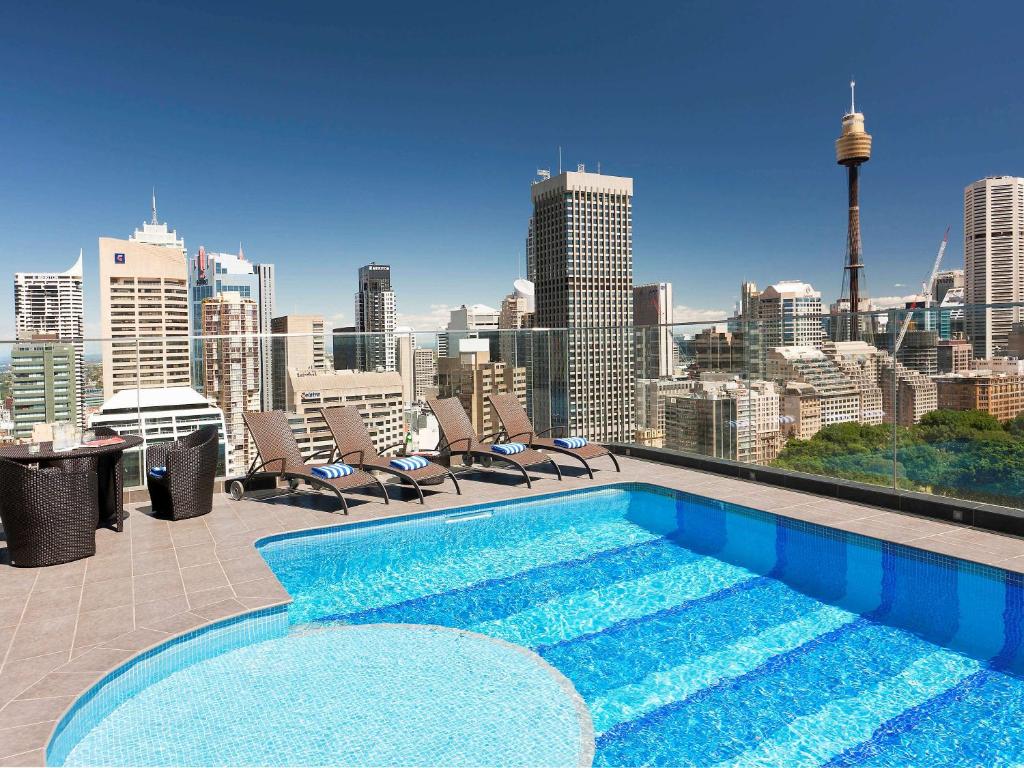 Pullman Sydney Hyde Park is located downtown Sydney. The hotel is just one kilometer away from the Pitt Street Mall. Oxford Street, where you can shop, party and explore the gay scene is also within walking distance of the hotel. To Darling Harbor is a quarter of an hour's walk. The Pullman Sydney Hyde Park is a very luxurious hotel with spacious rooms and matching amenities. From the hotel you ha
MORE INFO BOOK NOW € 111 per night
8.2 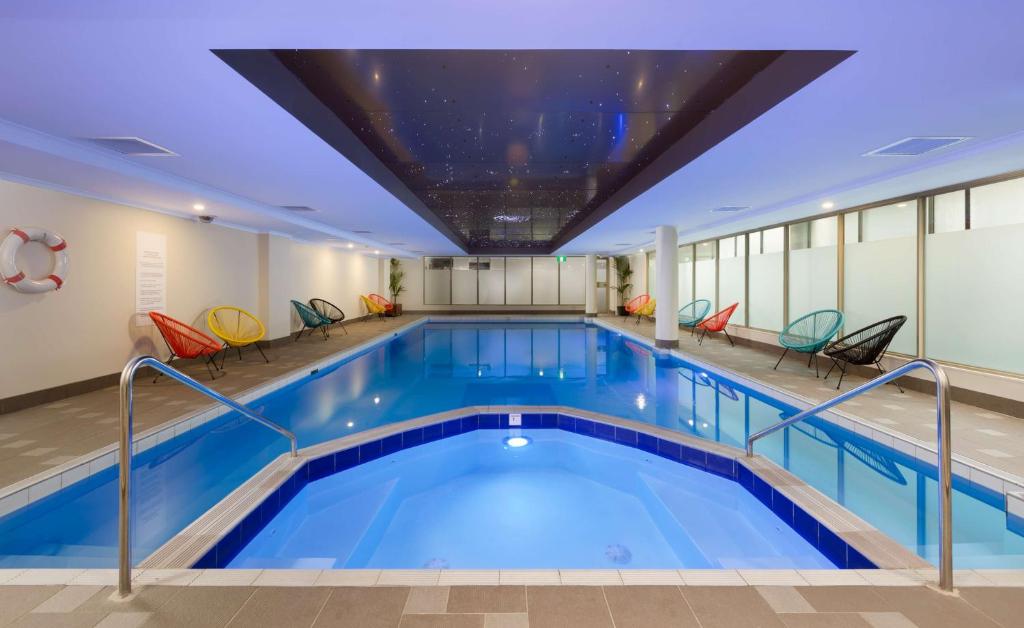 Rydges Sydney Central is located in the Central Business District of Sydney, close to the well-known shopping streets of the city. The Capital Theater and Chinatown are within walking distance from the hotel, as are Darling Harbor and Sydney Central Station. Rydges Sydney Central offers luxurious, modern rooms and features fitness facilities and a sauna. You can make use of 24 hours a day room ser
MORE INFO BOOK NOW € 120 per night
8.4 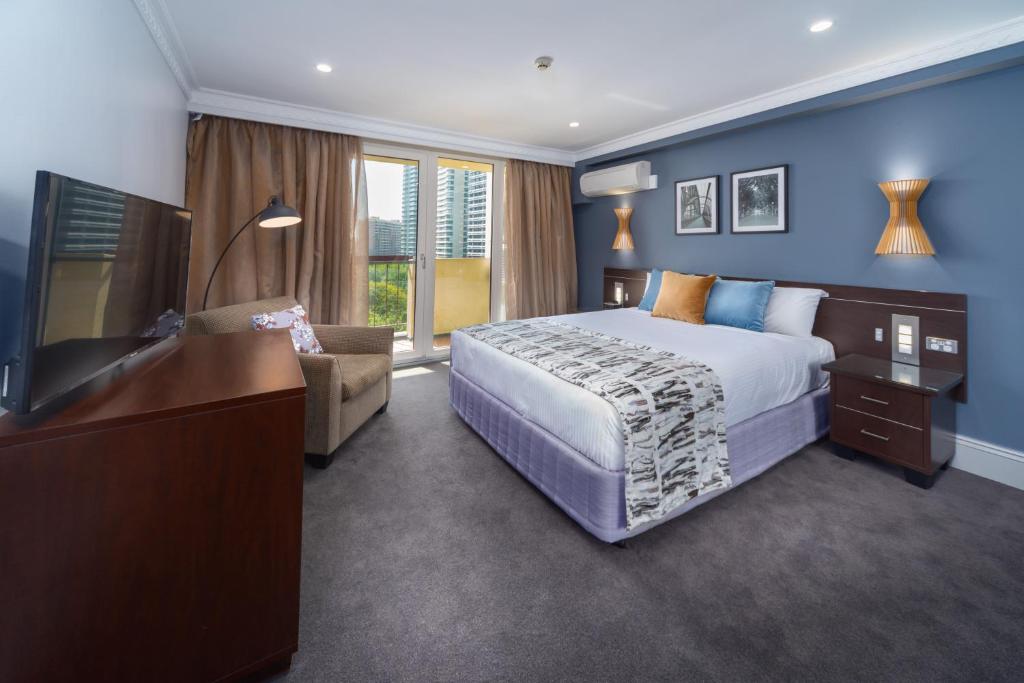 The Hyde Park Inn offers a wide range of accommodation; rooms, studios and apartments. All have luxurious facilities, are spacious & clean and offer a nice view of Sydney and Hyde Park. Free private parking is available. The Darling Harbor, Chinatown and the famous shopping streets are a 5-minute walk away from the Hyde Park Inn. There is a bus station close to the hotel from which buses run to an
MORE INFO BOOK NOW € 207 per night
9.1 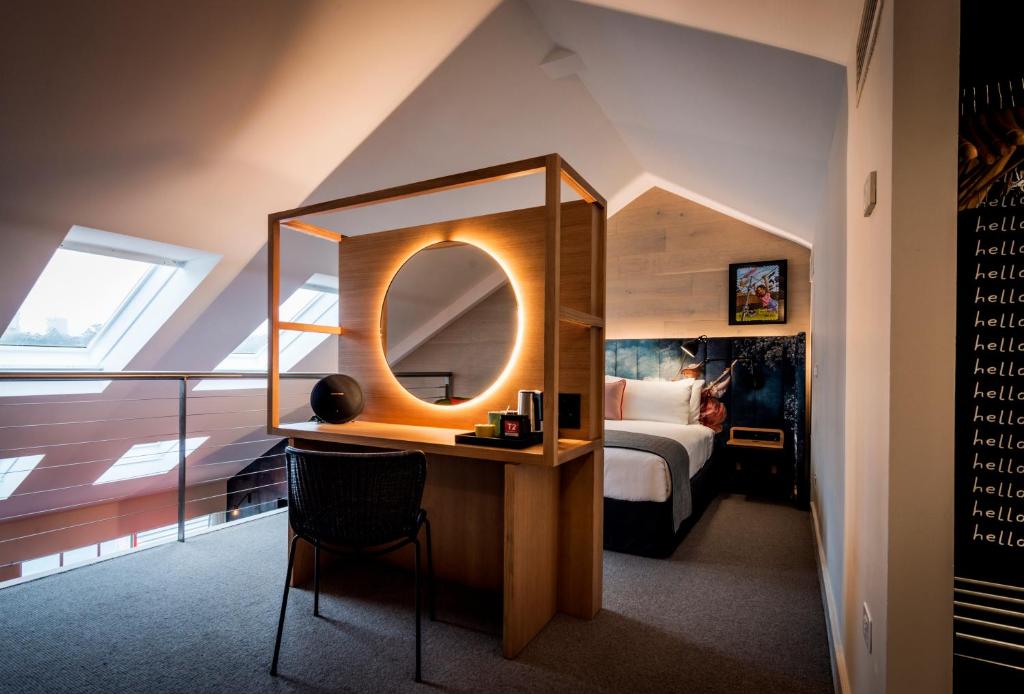 Ovolo Woolloomooloo is a 5-star hotel for gays in Sydney. The hotel is located in Woolloomooloo, just next to the Royal Botanical Gardens. All private suites, modern apartments and exclusive rooms of this lovely hotel are featured with unique historic fittings and offer an iPad for your comfort. As a guest you can also enjoy the indoor pool and the fitness centre. Throughout your stay at this hote
MORE INFO BOOK NOW € 159 per night
9.4 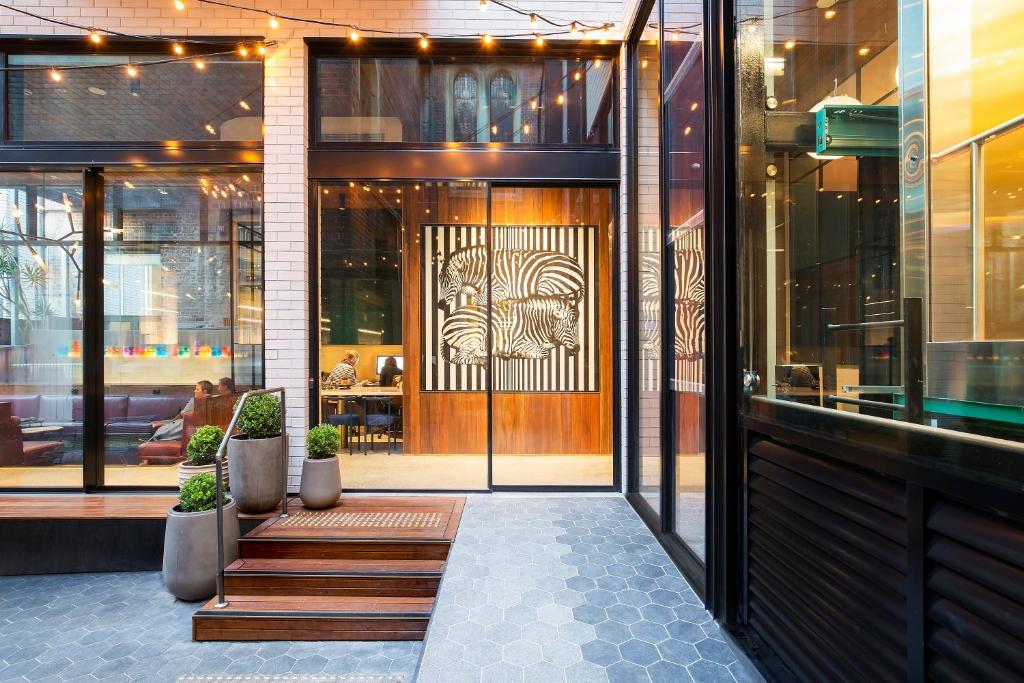 Crystalbrook Albion is a lovely hotel for gays in Sydney, situated in the heart of Surry Hills in Sydney. This boutique hotel is housed within a unique heritage building from 1903 which was a former school convent. The hotel was entirely transformed in 2018 and influenced by 1920's and 1970's interior styles. This gay friendly hotel in Sydney offers rooms with an eclectic mix of heritage and conte