THINGS TO DO IN MILAN

Milan, located in the North of Italy, a perfect destination for a city trip. In Milan you will find great museums, beautiful historic buildings, many shops with the latest fashion and an active gay scene with several bars, clubs and cruise clubs. The gay scene is spread over the city center of Milan but many bars and clubs can be found near the central train station of Milan. This is why hotels close to the central station, but as well in the heart of Milan are a great starting point from which to explore Milan and the gay scene of Milan.

HOTELS FOR GAYS IN MILAN

The Too Cute 2b Str8 is a stylish Bed & Breakfast in Milan. The B&B is located within walking distance of the Lambrate station, from which you can easily travel to the many sights of Milan, like Sforzesco Castle and Duomo Milan. Also, the Politecnico 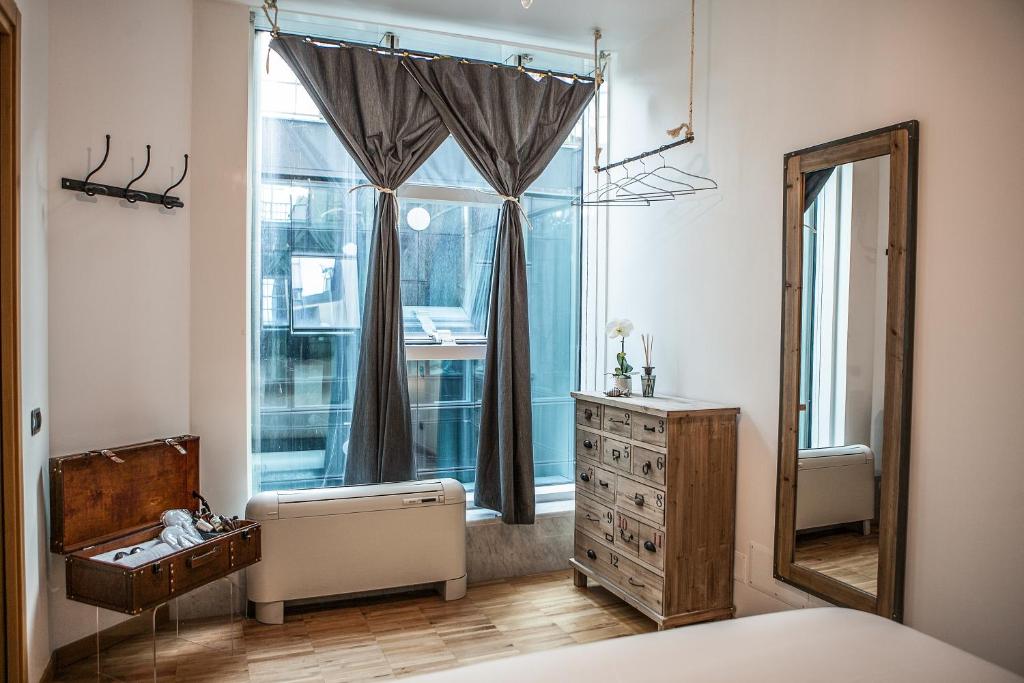 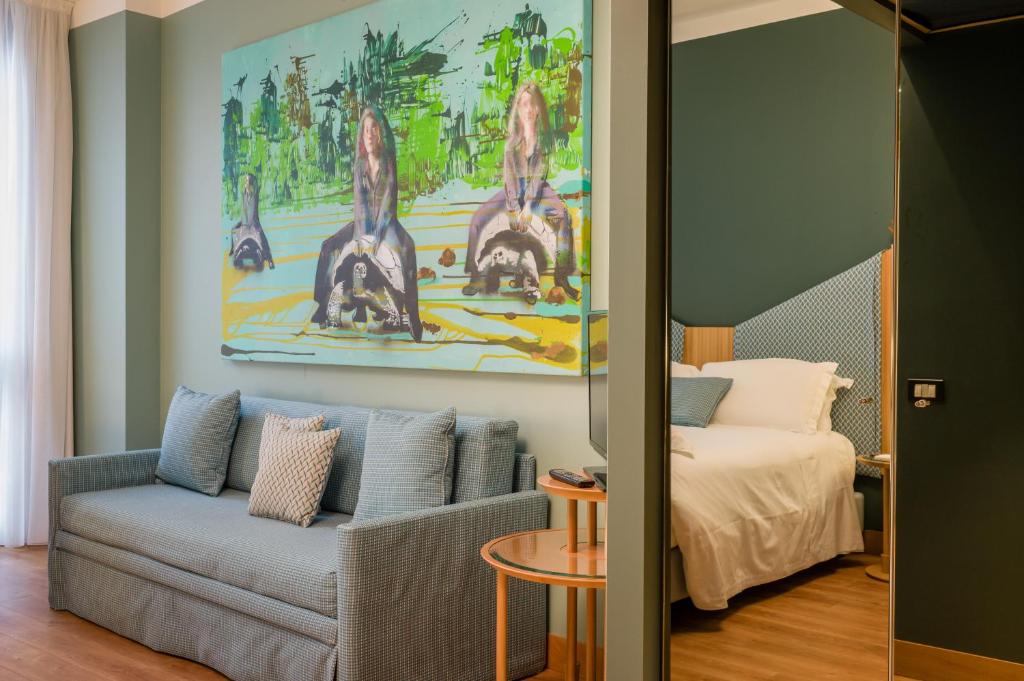 Hotel Spadari is just steps away from Piazza del Duomo. The hotel is well known for its distinguished decoration and up-to-date rooms. One of Milan's main shopping centers is just next to Hotel Spadari, as well as the Milan Cathedral, several museums and theatres. The staff is very helpful and always able to give you some extra insight about the city. The hotel has a bar, where you can enjoy a nic
MORE INFO BOOK NOW € 223 per night
9.1 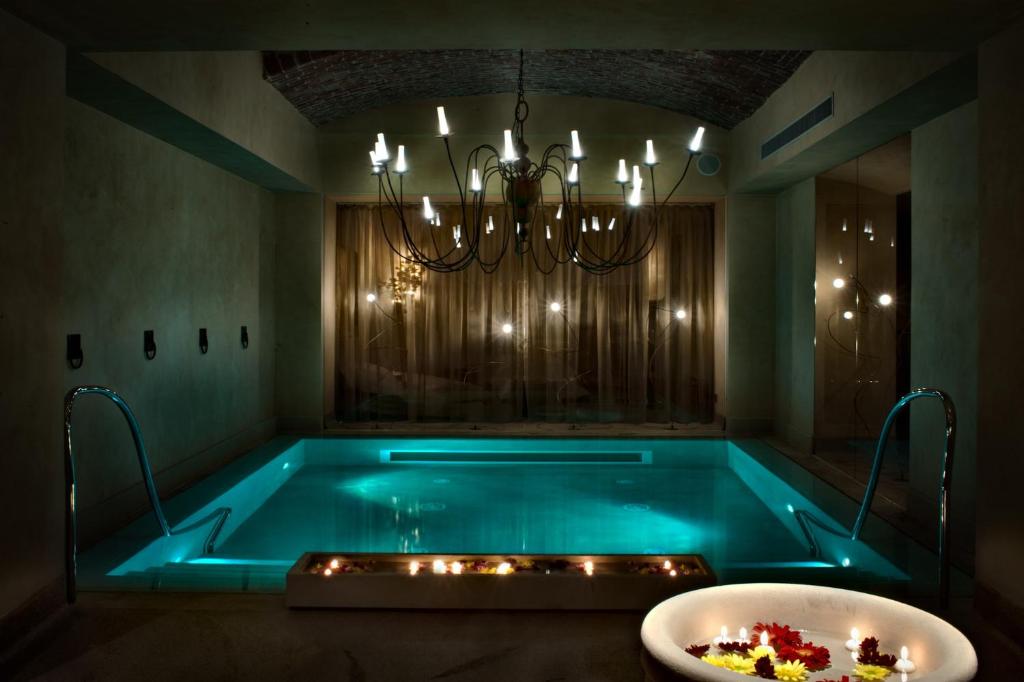 Château Monfort is a five star boutique hotel in the historic city center of Milan. The hotel is located close to Piazza San Babila and Via Montenapoleone, Milan's upscale shopping streets with small boutique shops, where you will find the latest fashion. The hotel is set in a historical building and offers rooms with decoration based on fairy tales. Th hotel has a great restaurant, Rubacuori, wh
MORE INFO BOOK NOW € 647 per night
8.8 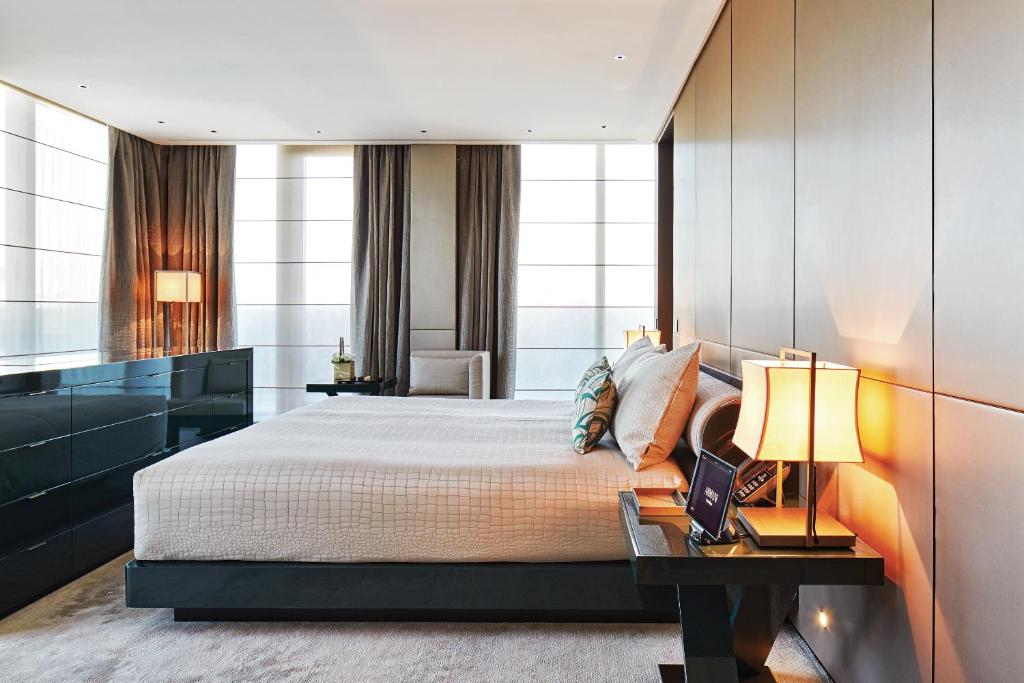 The Armani Hotel Milano is a perfect choice if you like shopping and fashion. The hotel is situated in Quadrilatero della Moda, the fashion district of Milan. At arrival, a personal lifestyle coach will take you to your stylish room, decorated with designer furniture by Armani. The hotel offers an excellent breakfast buffet and has a Michelin-starred restaurant, where you can enjoy delicious meals
MORE INFO BOOK NOW € 100 per night
8.9 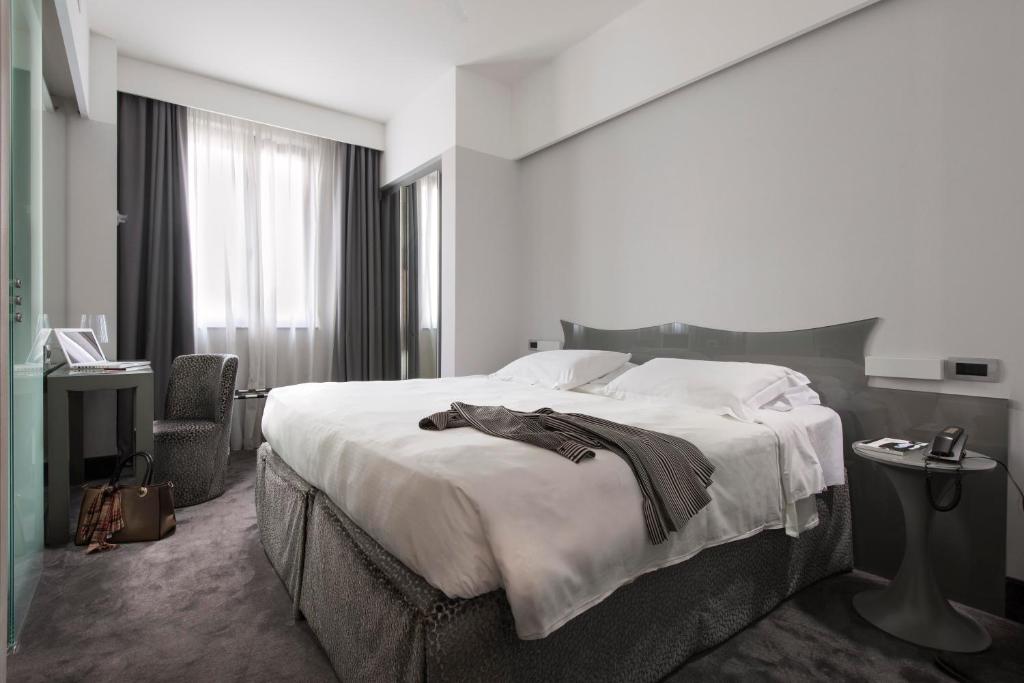 Hotel Berna is located within walking distance from subway station Centrale. From here it is easy to travel to many of Milan's famous sights such as the Milan Cathedral. Hotel Berna is also a great choice of you are into shopping, from the hotel it is only a ten minute walk to shopping center Corso Buenos Aires. Most of rooms of Hotel Berna can be found in the main building and some are in the Ber
MORE INFO BOOK NOW € 92 per night
8.4 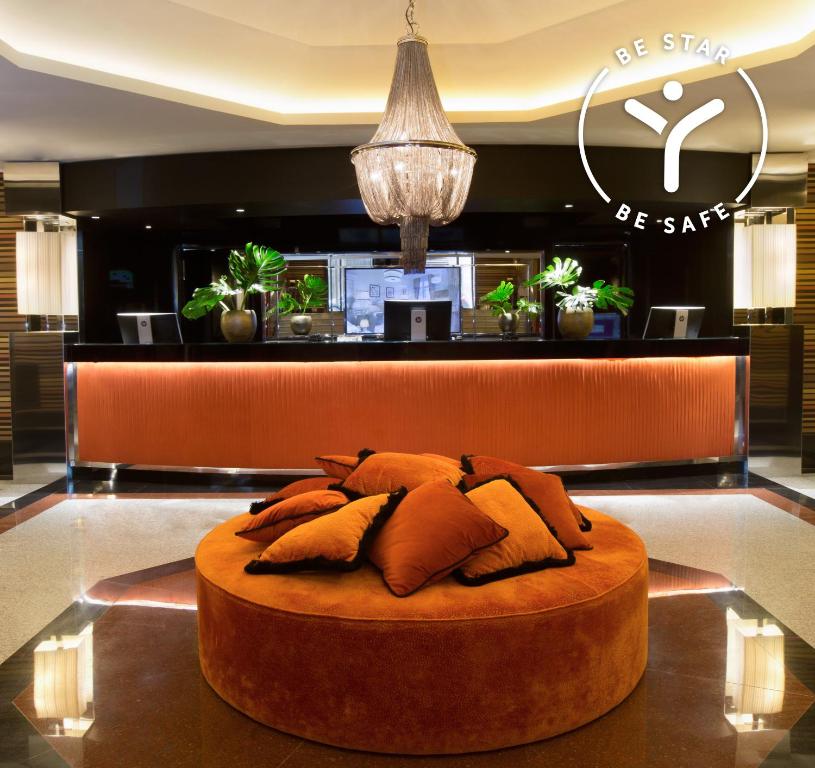 Starhotels Ritz is located at a strategic location, close to public transport, the nearest subway station, Lima, is less than half a kilometer away here you will also find the famous and one of the largest shopping streets of the world Corso Buenos Aires. The hotel offers well equipped rooms, a spacious terrace with beautiful views over Milan and extensive spa facilities with sauna, Finnish shower
MORE INFO BOOK NOW € 223 per night
8.6 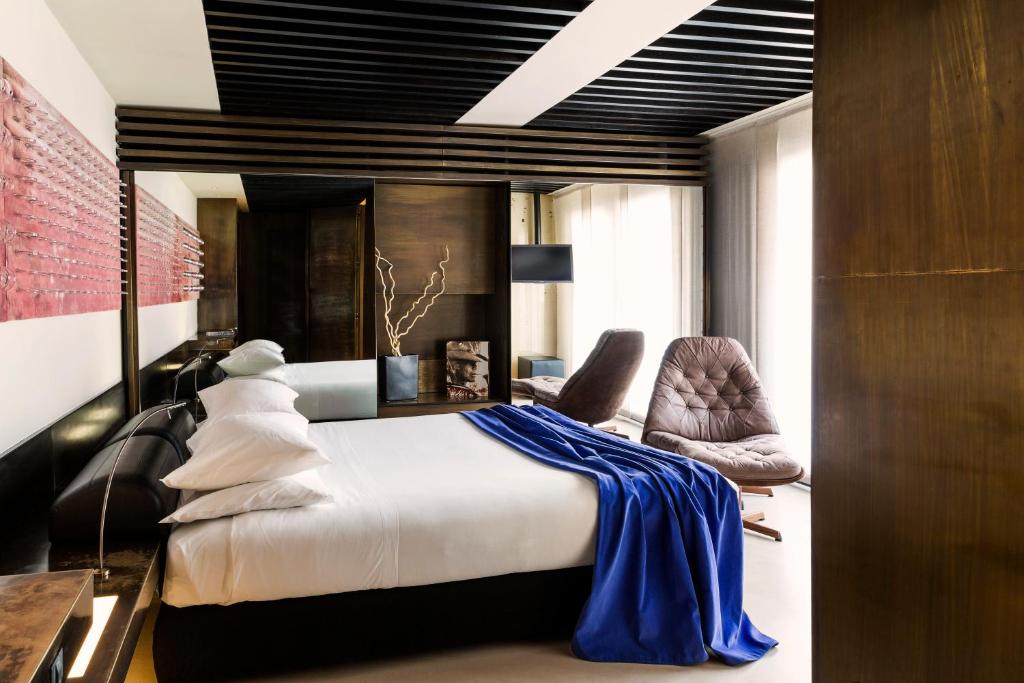 Just steps away from the Milan Cathedral, you will find designer hotel Hotel Straf. The rooms of the hotel are beautifully decorated with designer furniture and modern artworks. The hotel offers a daily breakfast buffet served in the hotel's restaurant. The restaurant is specialized in Mediterranean food, an excellent choice for a tasty lunch or dinner. From Hotel Straf it is just a five- minute-w
MORE INFO BOOK NOW € 91 per night
8.5 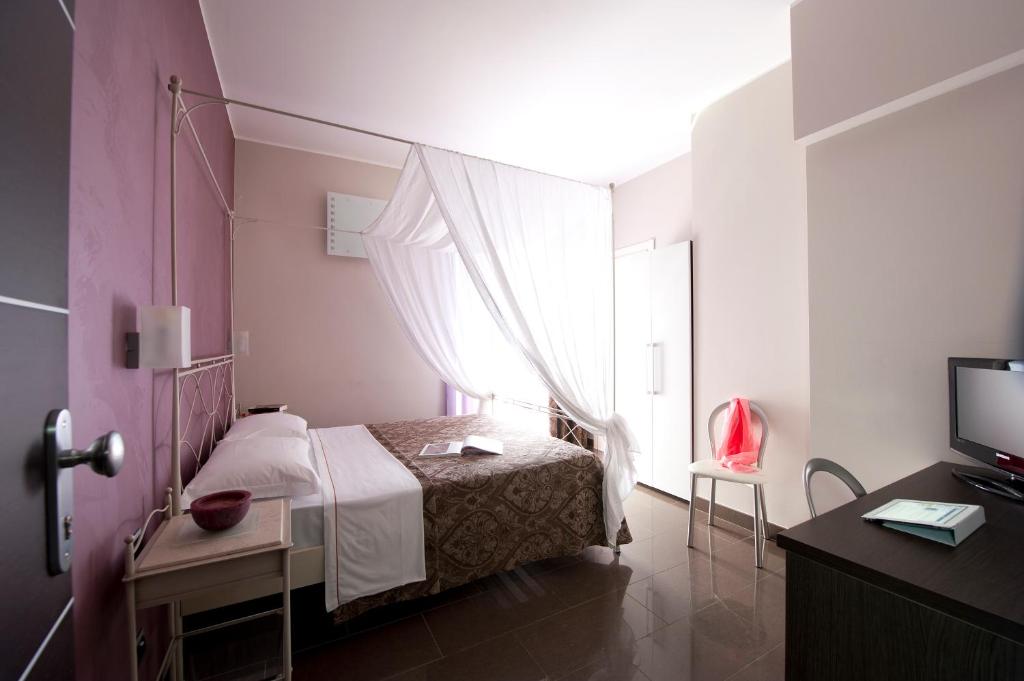 Hotel Five is situated at the edge of the city center of Milan, close to Bocconi University and only 50 meters away from subway station Porta Romana. From this subway station you have easy access to the historic center, the central train station, the fashion district and the gay scene of Milan. Every morning Hotel Five offers an extensive breakfast buffet. The very friendly and openminded staff is
MORE INFO BOOK NOW € 93 per night
8.6 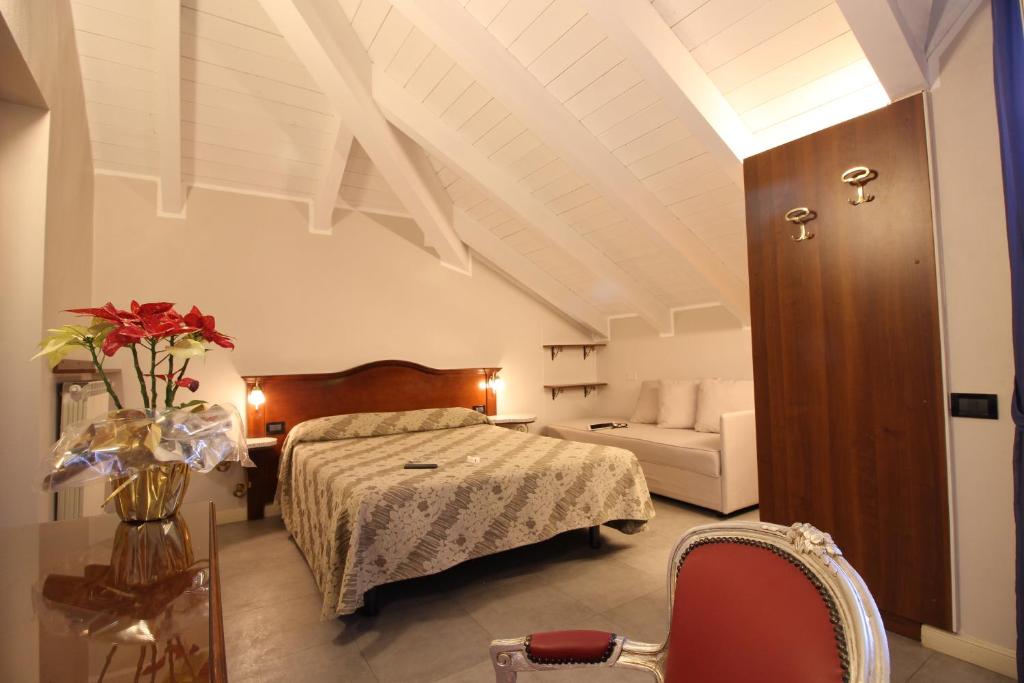 Located in the heart of Milan, just a few steps away from Milan's central station and several gay bars, you will find Hotel Charly. The hotel offers well-equipped rooms, a lovely breakfast and a beautiful terrace with views over the hotel's garden. Hotel Charly is an excellent starting point from which to explore Milan's fashion scene and the gay scene of Milan. From the hotel it is a short walk t
MORE INFO BOOK NOW € 191 per night
8.8 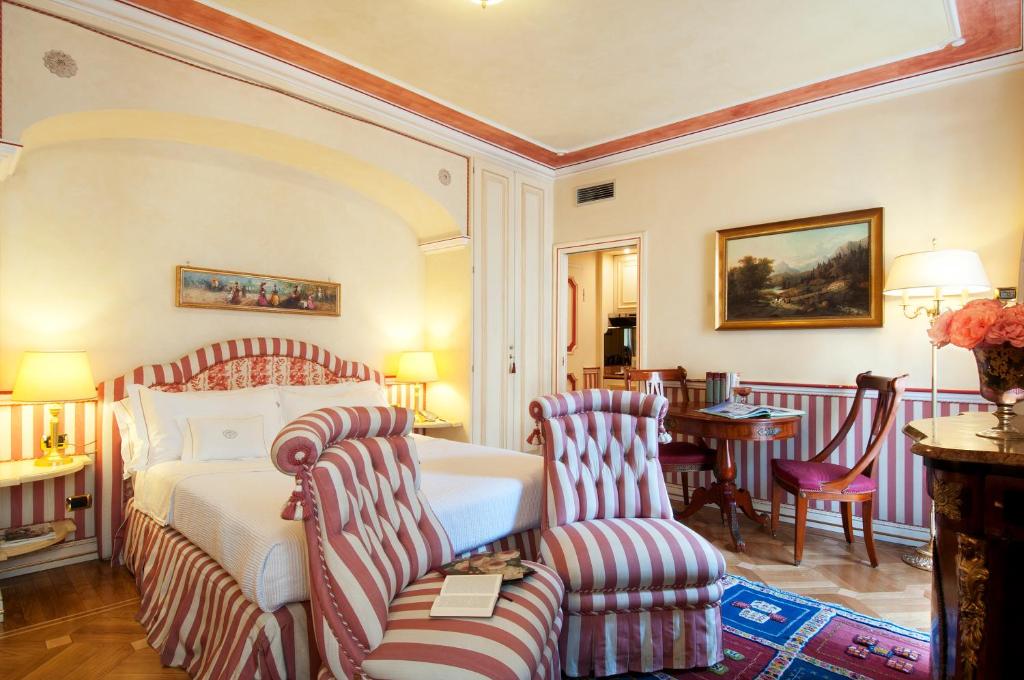 Petit Palais Hotel De Charme is a converted monastery offering luxurious suites. The suites are decorated with matching antique furniture and beautiful silk tapestry. The hotel has its very own bar, offers airport shuttle services and the staff is very helpful and friendly. The Duomo of Milan is located within walking distance of Petit Palais Hotel De Charme, as well as many shops and other intere