THINGS TO DO IN LISBON

Over the last 20 years Lisbon has become a popular city trip destinations for both gay and straight people. The city has a lot to offer; culture, historic sights, charming neighborhoods with narrow streets and especially in the Bairro Alto district an open and tolerant atmosphere. In Bairro Alto and in Principe Real you will find most of Lisbon’s gay and gay friendly venues. In addition, from the city center of Lisbon it will take you only 30 minutes to travel to the beach. Beach 19 is known as gay beach.

HOTELS FOR GAYS IN LISBON 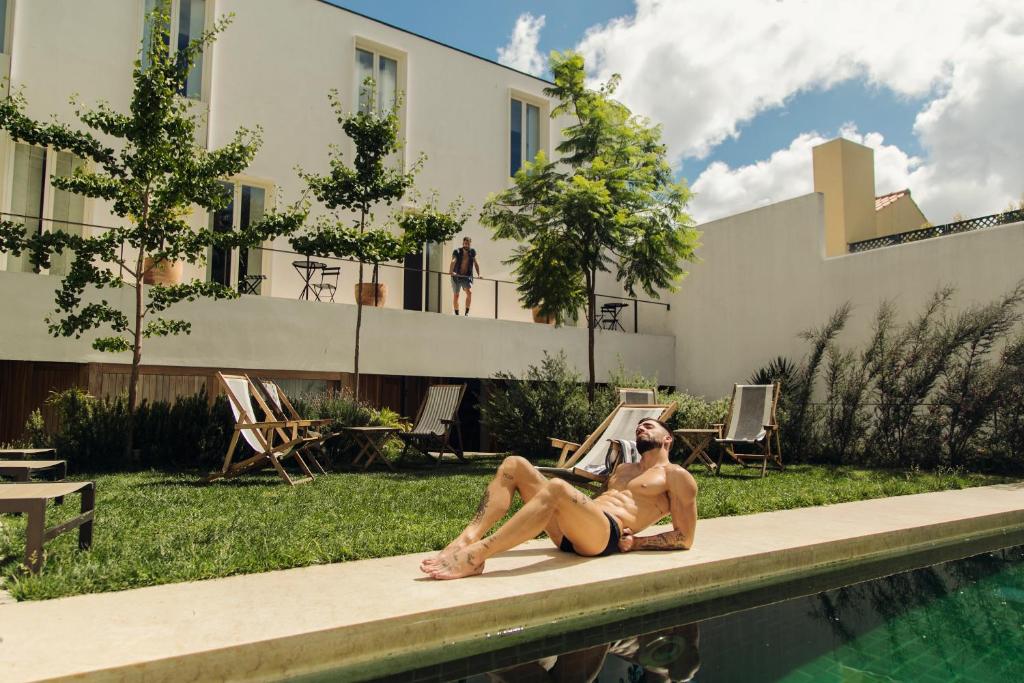 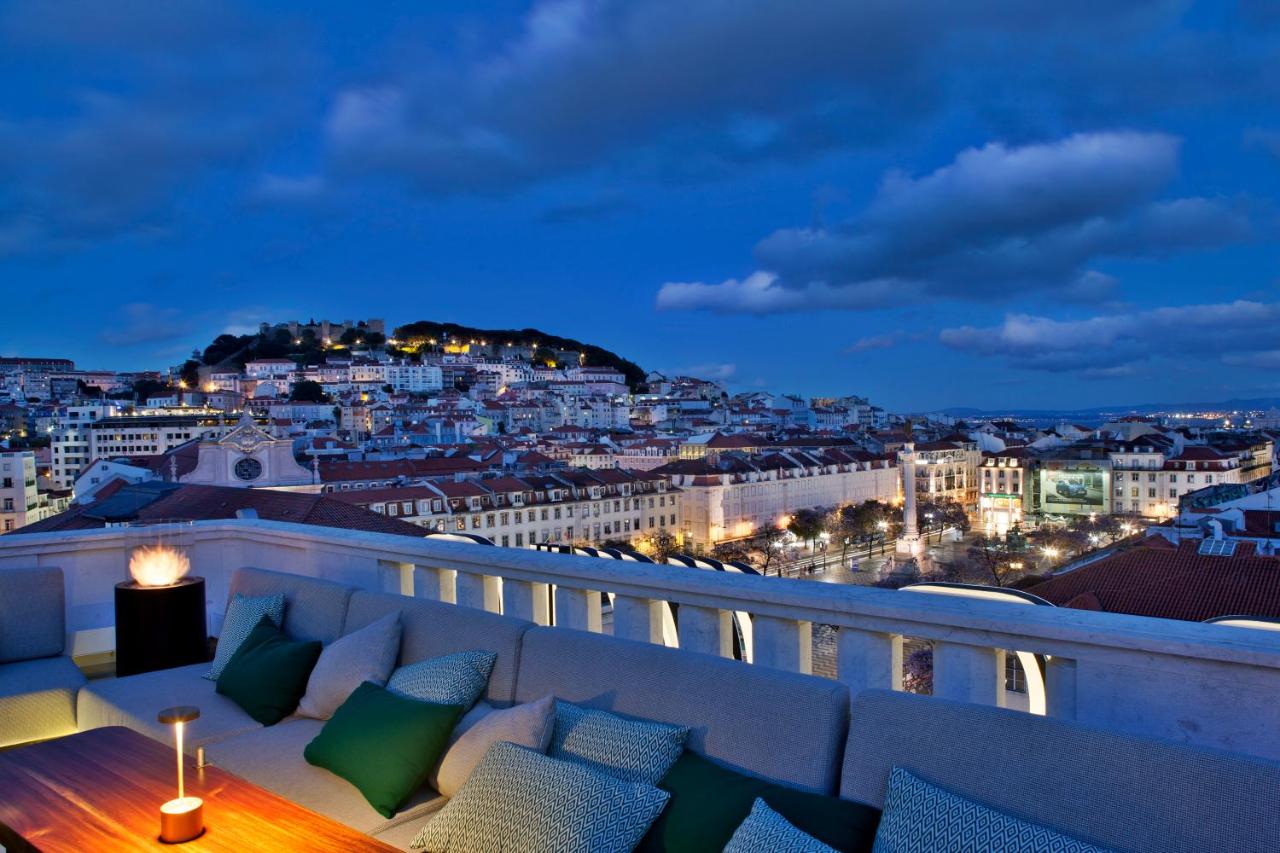 Altis Avenida Hotel is a luxurious hotel in the city center of Lisbon. Nearby touristic sights include the Dominican Church, Figueira Square, Bairro Castle and the Chiado district, a neighborhood packed with shops, bars, restaurants and theaters. The relatively small rooms at Altis Avenida Hotel are well taken care off with a classic design. Most gay venues in Lisbon are also easily accessible fro
MORE INFO BOOK NOW € 120 per night
9.1 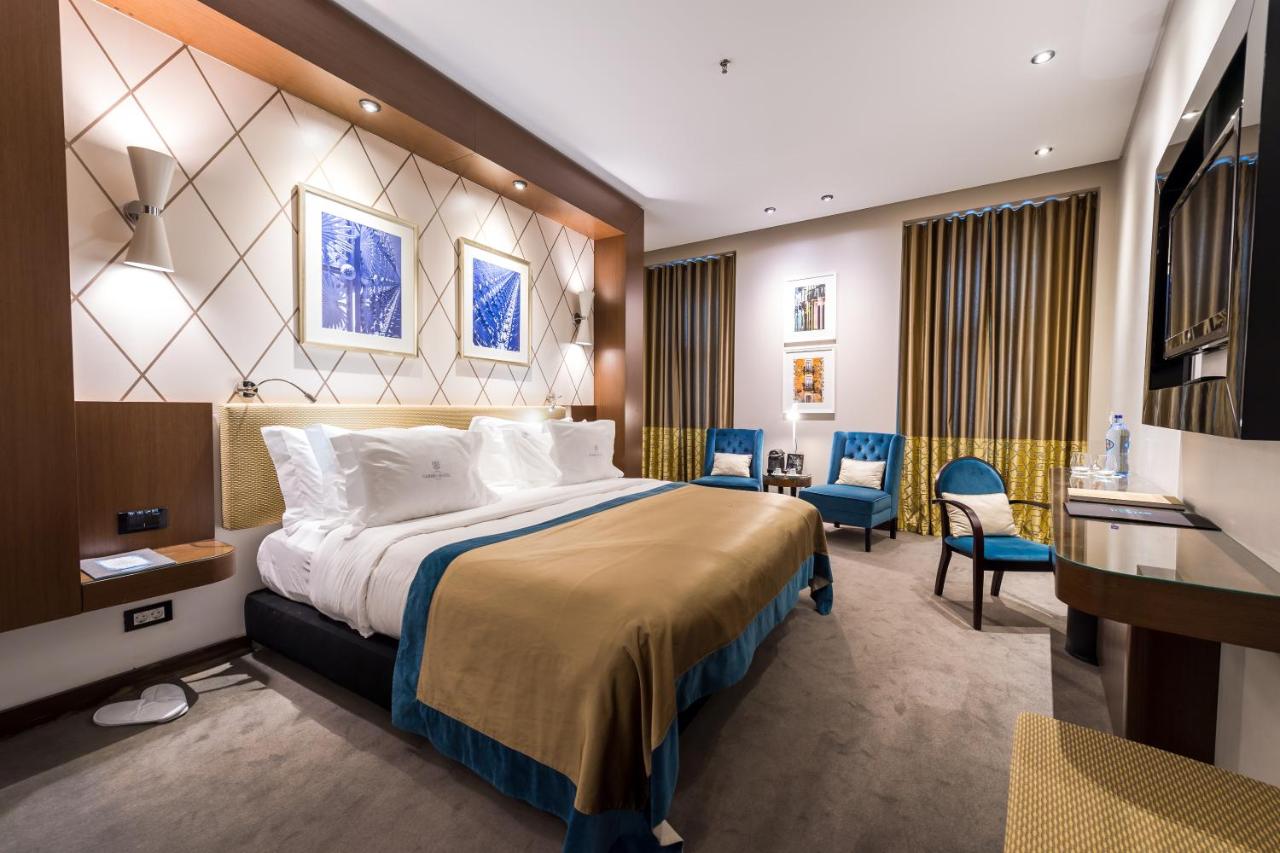 The Lisboa Carmo Hotel is situated at a very convenient location in Lisbon, both tourist attractions, public transport and the Bairro Alto district, where you will find several gay clubs and bars are within walking distance of the hotel. The Lisboa Carmo Hotel is a popular hotel, due to its excellent facilities, welcoming and friendly staff and pleasant rooms. Most rooms have beautiful views over
MORE INFO BOOK NOW € 108 per night
9.0 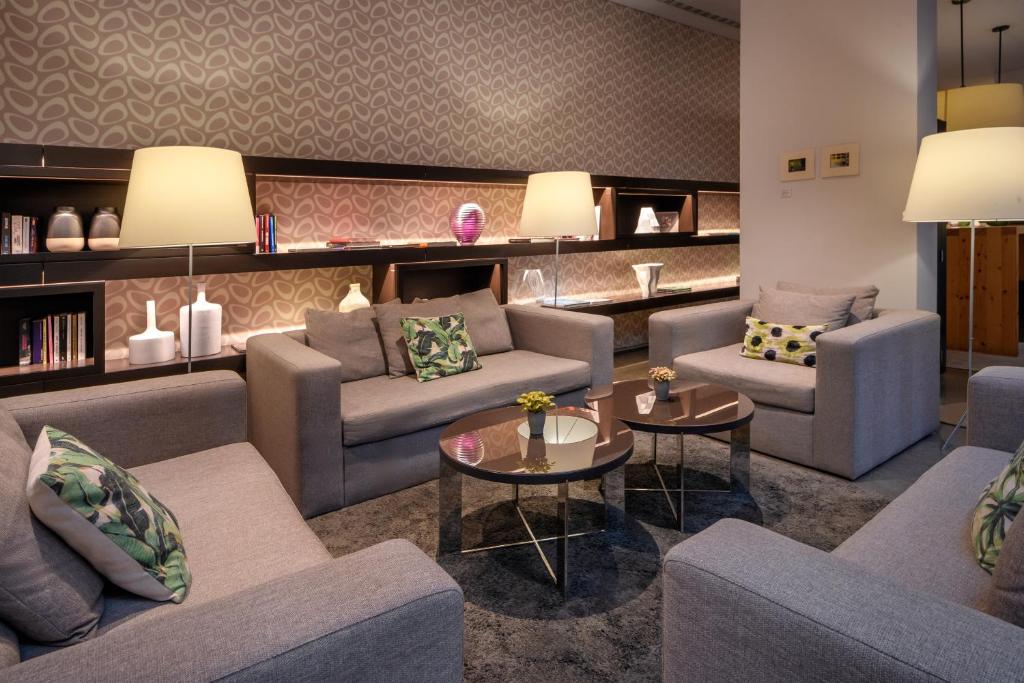 Inspira Liberdade Boutique Hotelis a boutique hotel with almost 90 rooms. The hotel is located downtown Lisbon and has excellent designed room with great facilities and free internet. The hotel itself also has excellent facilities such as a small gym, a wellness center, a bar and a restaurant. Guests of the Inspira Liberdade Boutique Hotel especially appreciate the staff's helpfulness. The hot
MORE INFO BOOK NOW € 83 per night
9.0 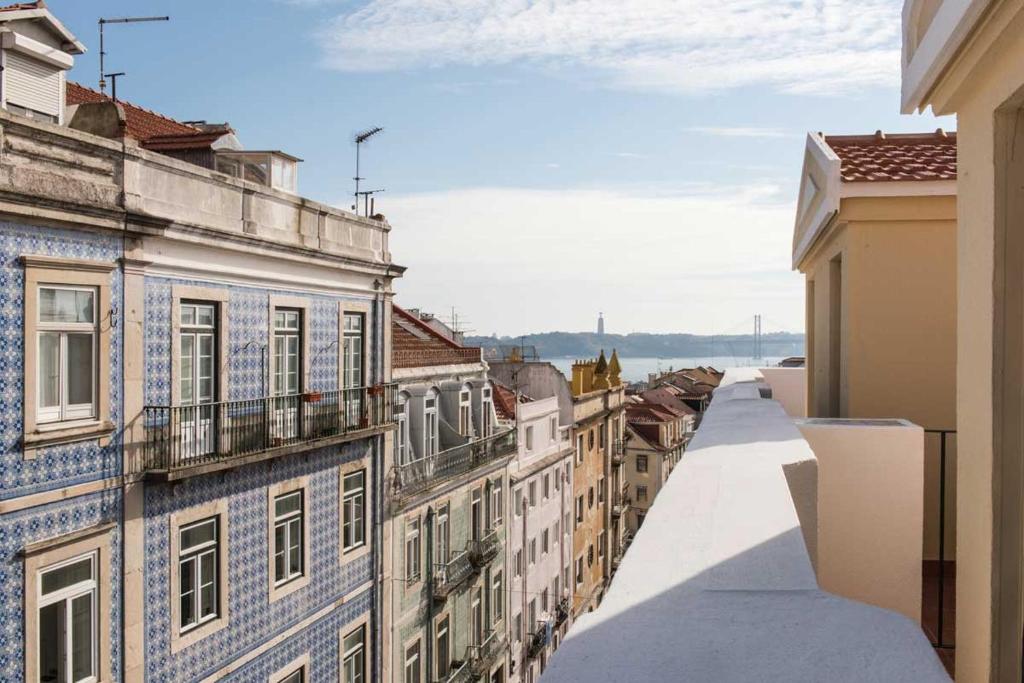 Casa do Jamim is a good choice from which to discover the gay scene of Lisbon. The boutique hotel is just a few minutes' walk from the gay scene. The hotel is located at the border of the district Principe Real, close to the Bairro Alto district. The hotel has only 15 rooms, giving the hotel an intimate atmosphere. The rooms have a functional design and are not that big. In addition to free wirele
MORE INFO BOOK NOW € 85 per night
8.9 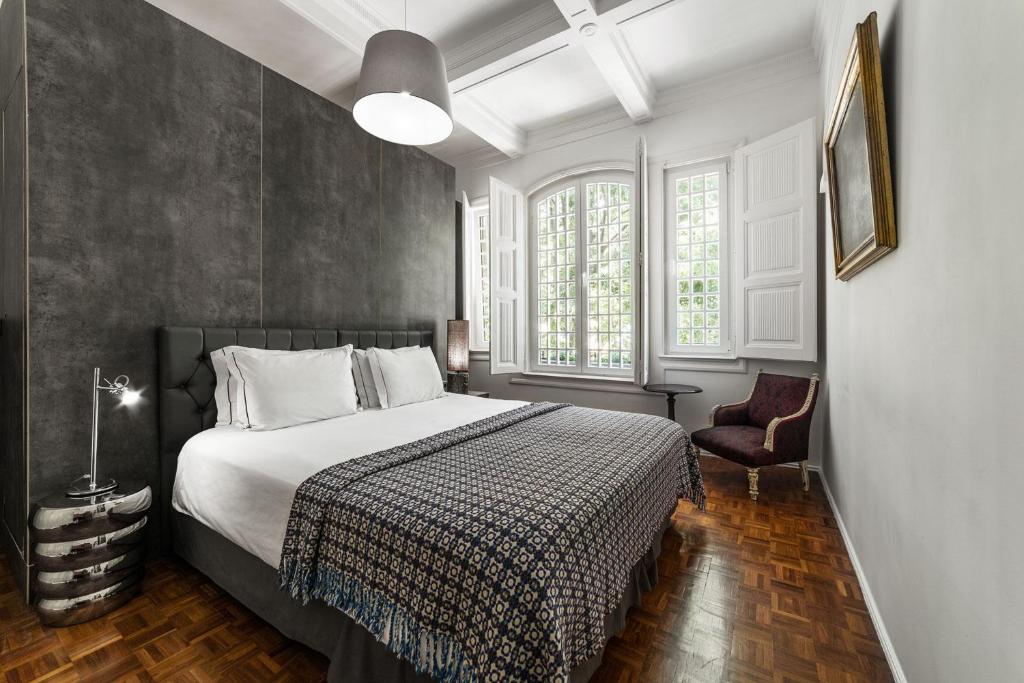 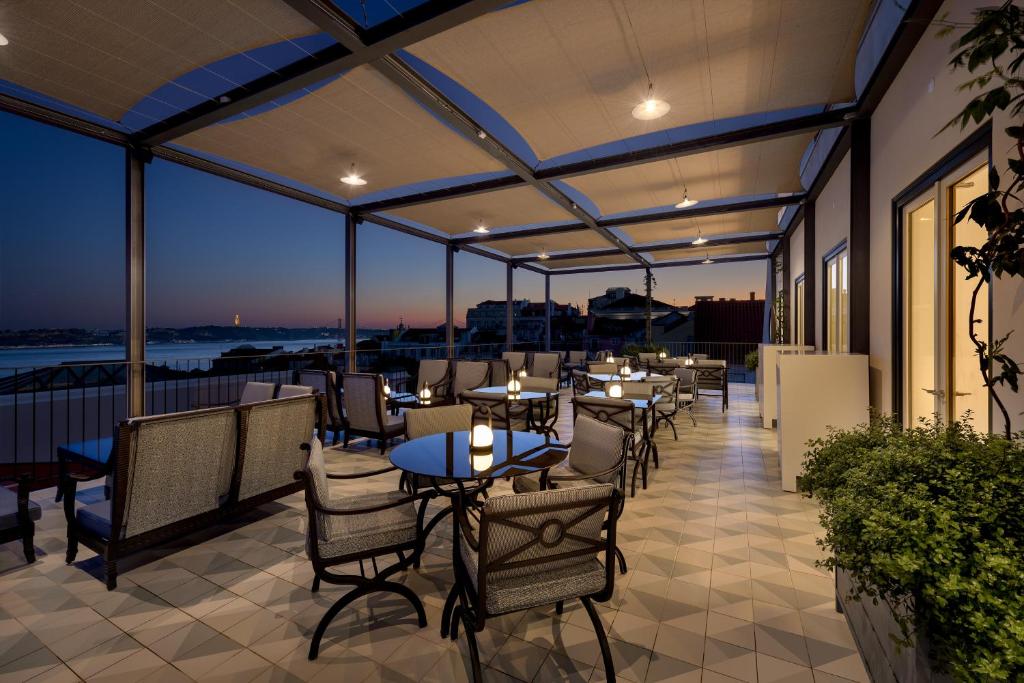 The Bairro Alto Hotel is located in Lisbon's Bairro Alto district. The hotel has excellent facilities and has received high customer review scores for its good location and friendly staff. The Bairro Alto Hotel has spacious rooms and most of the rooms have views over the city. Other facilities of the hotel include a restaurant, bar, snack bar and wellness & fitness center. There is also a terrace
MORE INFO BOOK NOW € 277 per night
9.6 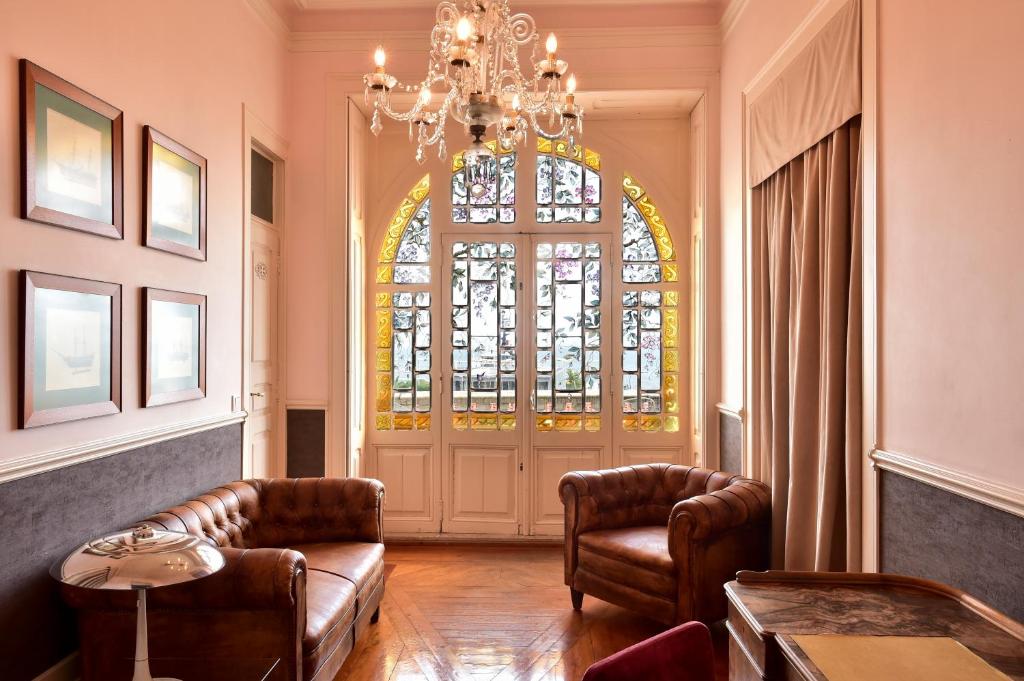 The Palacete Chafariz Del Rei is an excellent choice if you are looking for a luxurious accommodation in Lisbon. The boutique hotel has six spacious rooms with excellent facilities. The hotel is housed in a 19th-century beautiful building. Not only the beautifully designed and excellent maintained rooms are great features of the hotel.The hotel also offers a terrace overlooking the bay, a library
MORE INFO BOOK NOW € 113 per night
9.0 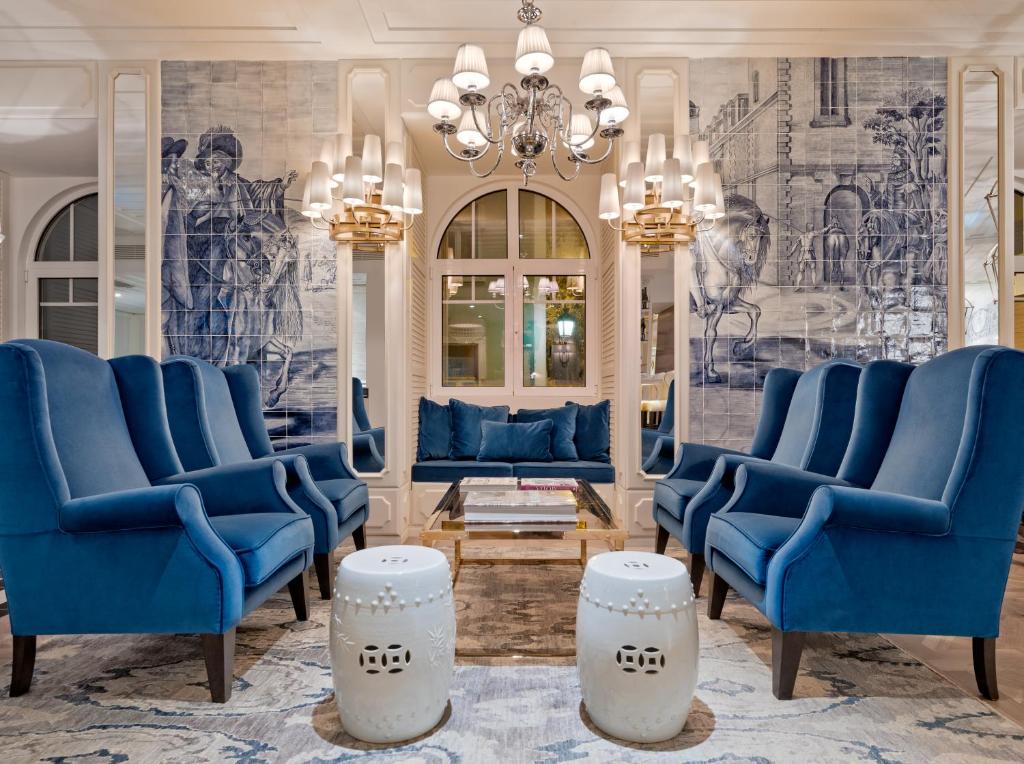 The H10 Duque de Loule hotel is a beautiful hotel in the city center of Lisbon. The hotel and the rooms are well taken care of and decorated with stylish furniture and decoration. Also the terrace with views over the city, the good restaurant and the very attentive staff will contribute to an enjoyable stay in the this hotel. By foot or by subway it is easy to explore Lisbon. There are several sub
MORE INFO BOOK NOW € 157 per night
9.0 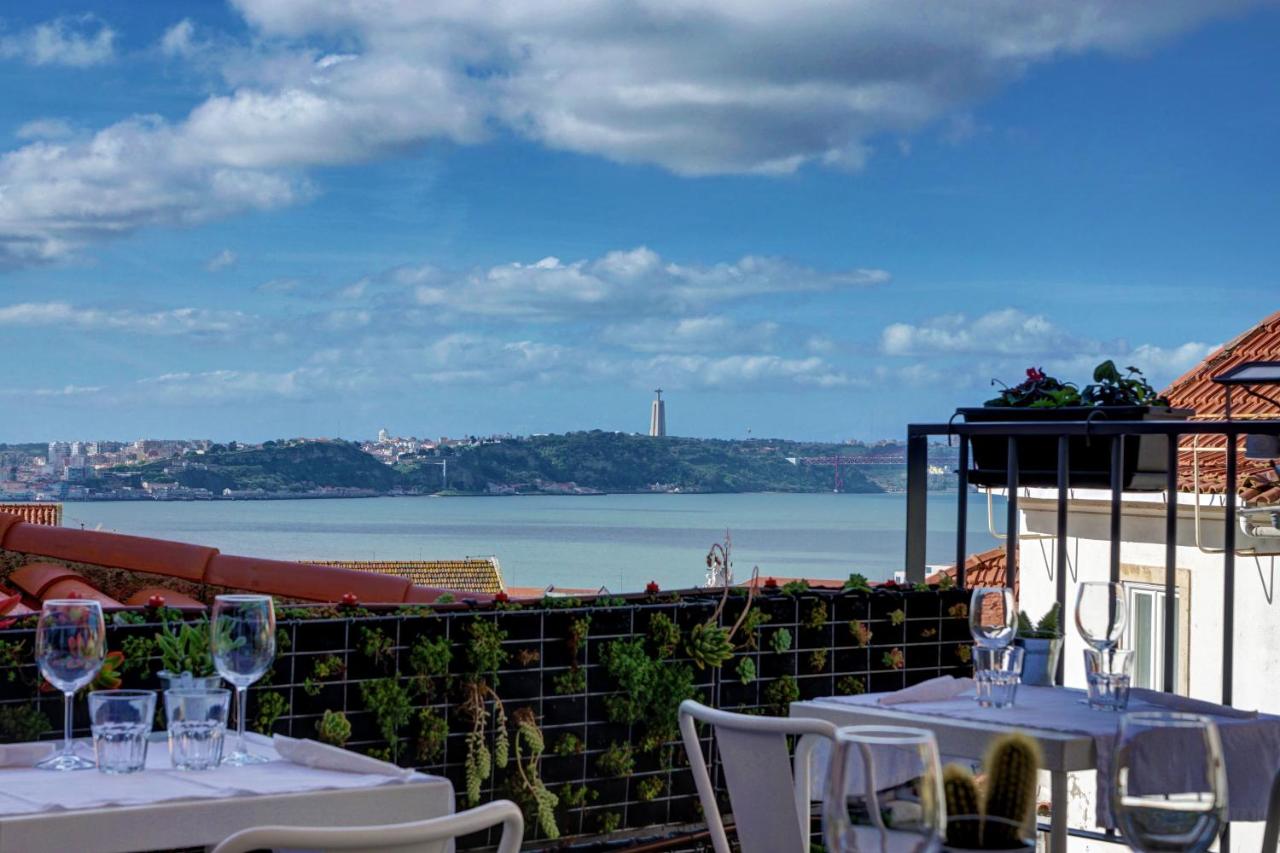 The Solar Dos Mouros hotel is situated on a good location in downtown Lisbon. The hotel offers unique rooms. Most of the rooms have city- or river view and some of them even have a private balcony or terrace. There is also a shared terrace where you can enjoy a snack or a drink. Other services at the Solar Dos Mouros Hotel include free wireless internet, massage services and airport shuttle servic