THINGS TO DO IN MADRID

Madrid is one of the most popular gay destinations in Europe. This is due to the open, tolerant atmosphere and a well-developed gay scene. In addition, Madrid is a beautiful city with many touristic attractions and museums. In the Chueca district, you can find most of the over 200 gay bars, clubs and shops of Madrid. This district is located close to the city center of Madrid. If you book a hotel near, or in the Chueca district or near the Gran Via, you are assured of an excellent location to explore both Madrid and Madrid’s gay scene.

HOTELS FOR GAYS IN MADRID

The Axel Hotel Madrid is located in the city center of Madrid and is a perfect starting point from which to explore both the gay scene and the tourist attractions of Madrid. From the hotel it is a 15-minute walk to the popular gay district Chueca's a 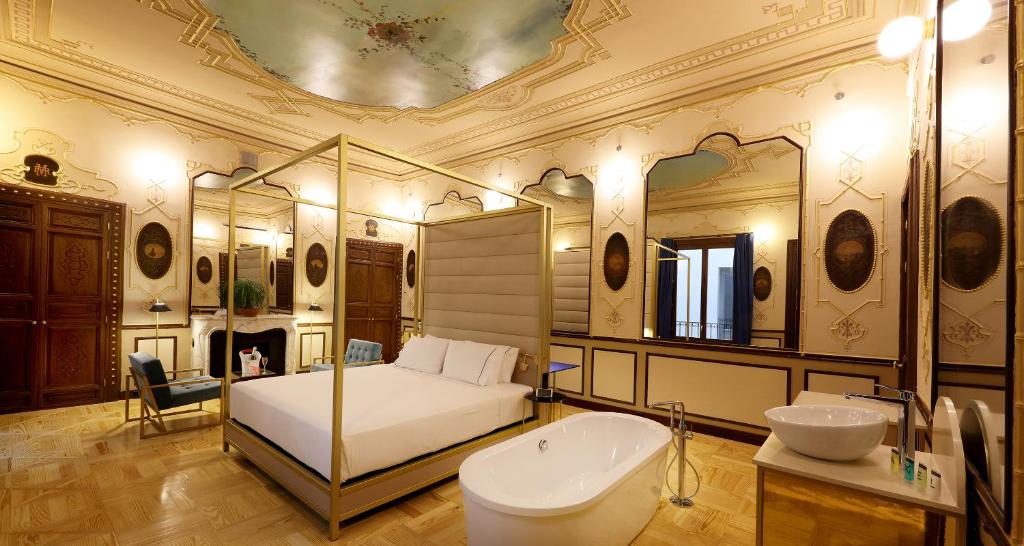 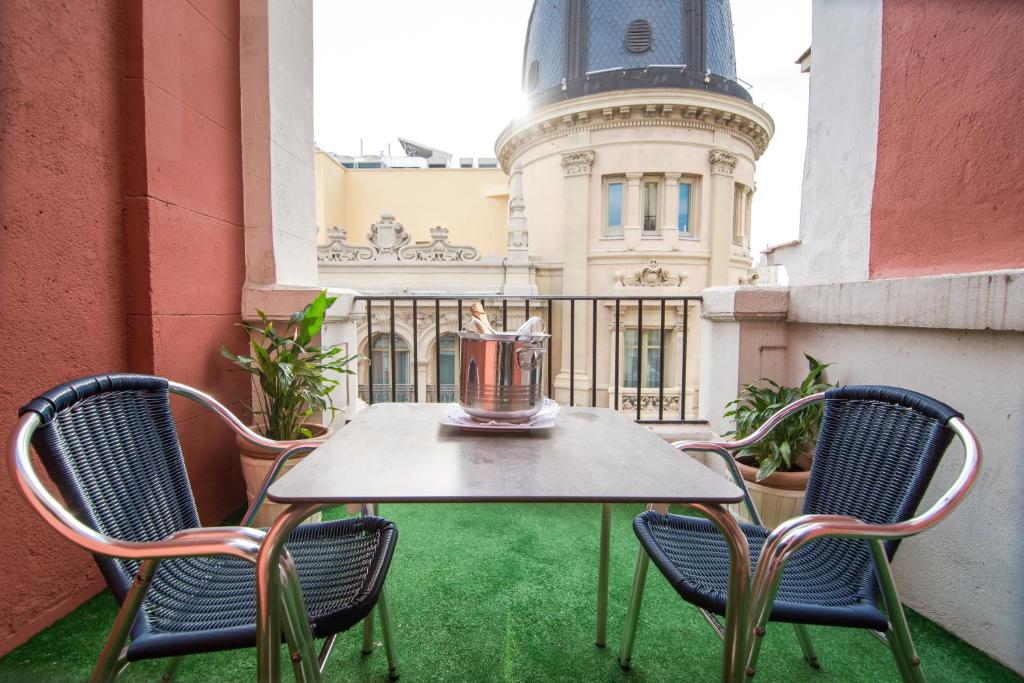 Hotel Petit Palace Ducal Chueca is located in the heart of Madrid's Chueca district. Many gay bars, cafes and clubs are within walking distance of the hotel. Within a couple of minutesyou can walk to Enfrente, Kavu Next and Hot, but also Rick's and Zarpa are very close to Petit Palace Ducal Chueca. Of course Madrid has more to offer than a great gay scene. Due to the central location of the hotel
MORE INFO BOOK NOW € 160 per night
8.7 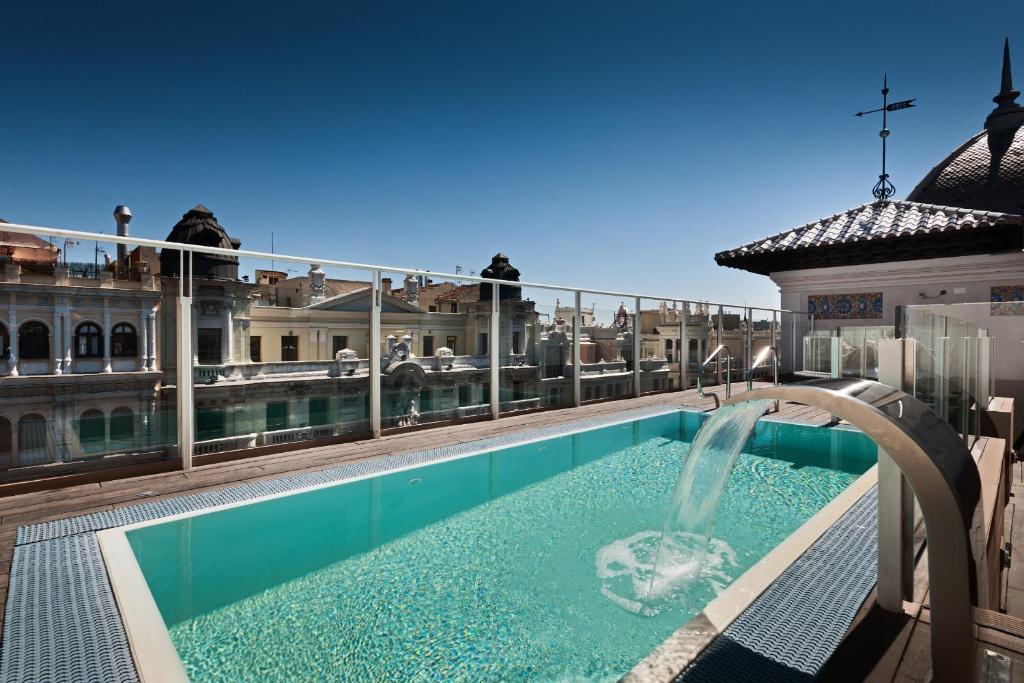 Set in a beautiful historic building, hotel Catalonia Gran Via is an excellent choice for your stay in Madrid. The hotel is situated close to many touristic attractions and from the hotel it is only a ten minute walk to Chueca, the gay area of Madrid. In this area you will many trendy shops and restaurants and of course plenty of gay and gay friendly bars and clubs. The hotel offers fantastic faci
MORE INFO BOOK NOW € 92 per night
9.1 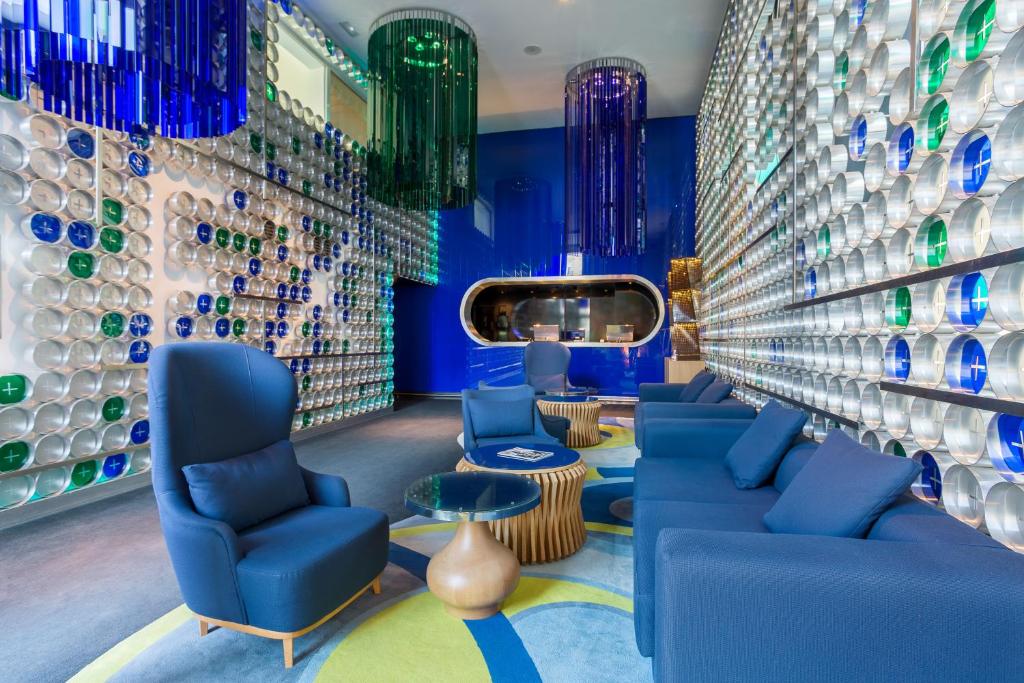 Room Mate Oscar is centrally located in Madrid's gay district, just in between subway stations Chueca and Via Grande. The hotel's location is perfect for visiting the historic buildings, excellent museums and many boutique shops in central Madrid during the day, and to discover Madrid's extensive gay scene in the evening and night. Just steps away from Room Mate Oscar you will find gay bars Zarpa
MORE INFO BOOK NOW € 93 per night
9.0 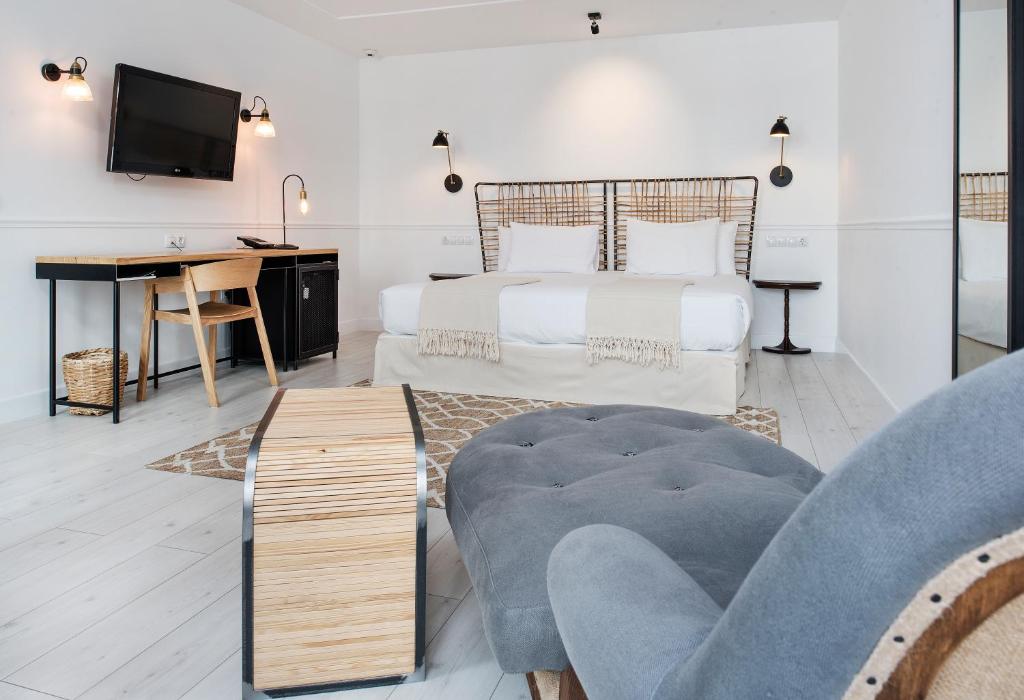 The 7 Islas Hotel is situated close to many shops, sights and places of interest and gay ventures in Madrid. This hotel is a frequently booked hotel due to its central location, the friendly & helpful staff and the clean, well designed rooms. The standard rooms are on the small side, but the penthouse is spacious and has a private terrace. The 7 Islas Hotel is a few minutes' walk from Gran Via
MORE INFO BOOK NOW € 76 per night
8.6 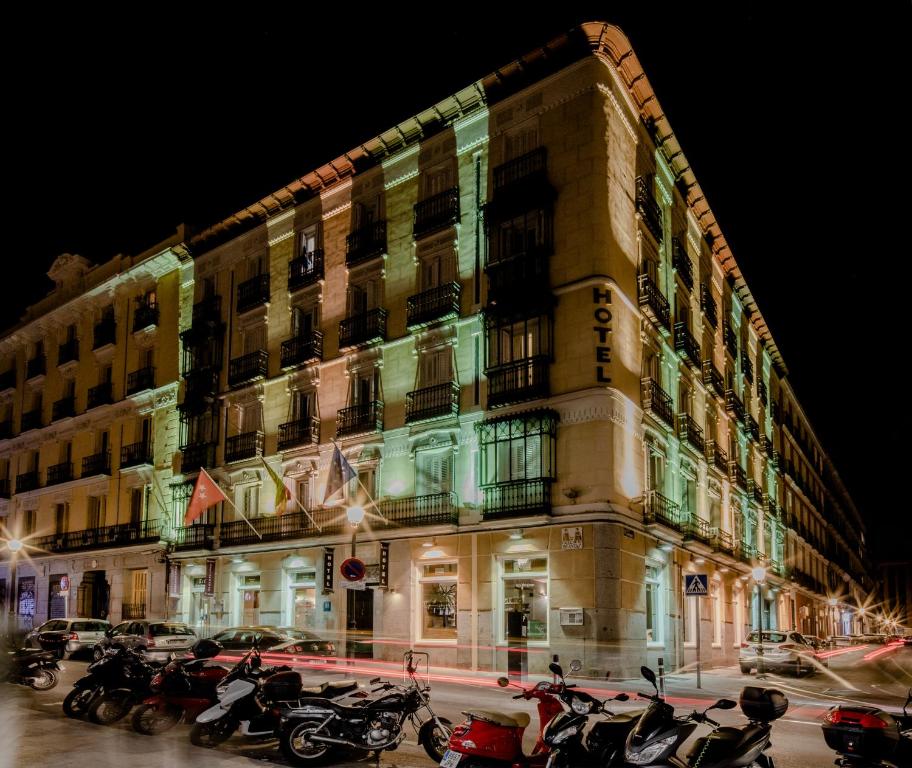 Also Hotel Infantes is situated at an excellent location in the city center of Madrid. Close to this popular hotel you will find several subway stations such as Banco de Espana and Chueca. From these subway stations it is easy to travel to most of Madrid's attractions. Just steps away of Hotel Infantas you will find the nearest gay bar, Griffin's. Several other gay venues are just like Griffin's l
MORE INFO BOOK NOW € 132 per night
8.6 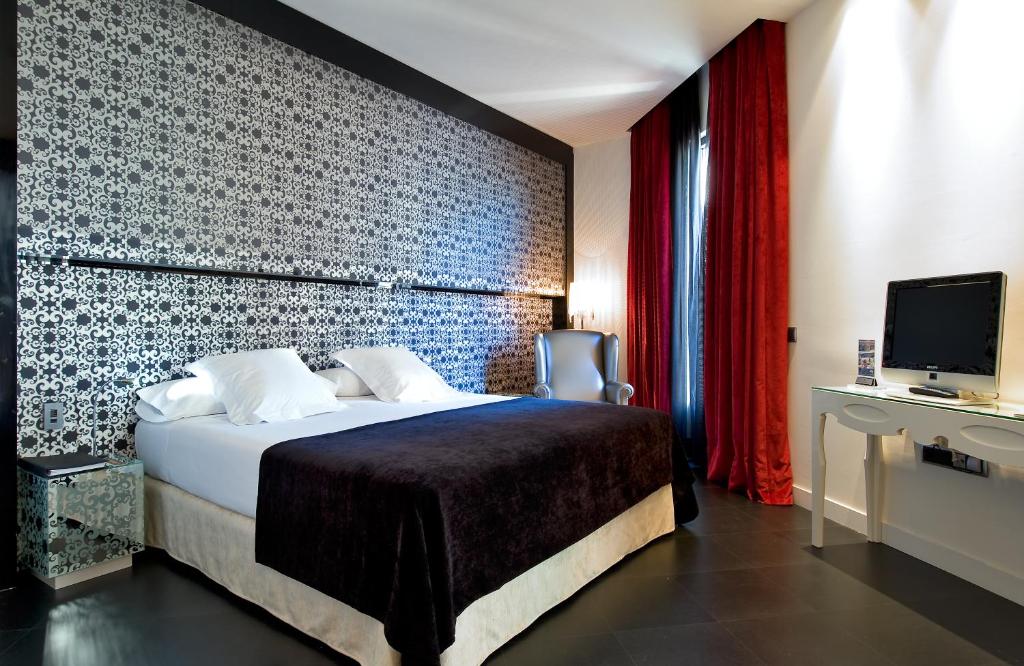 Vincci Via 66 is located at a great location in Madrid. In less than 10 minutes you can walk from the hotel to the Royal Palace of Madrid and to the famous gay area of Madrid, Chueca it is a 15 minute walk. By public transport it will take you 15 minutes as well via subway station Plaze de Espana or subway station Gran Via. The hotel offers a variety of rooms, the standard rooms are quite spacious
MORE INFO BOOK NOW € 77 per night
8.4 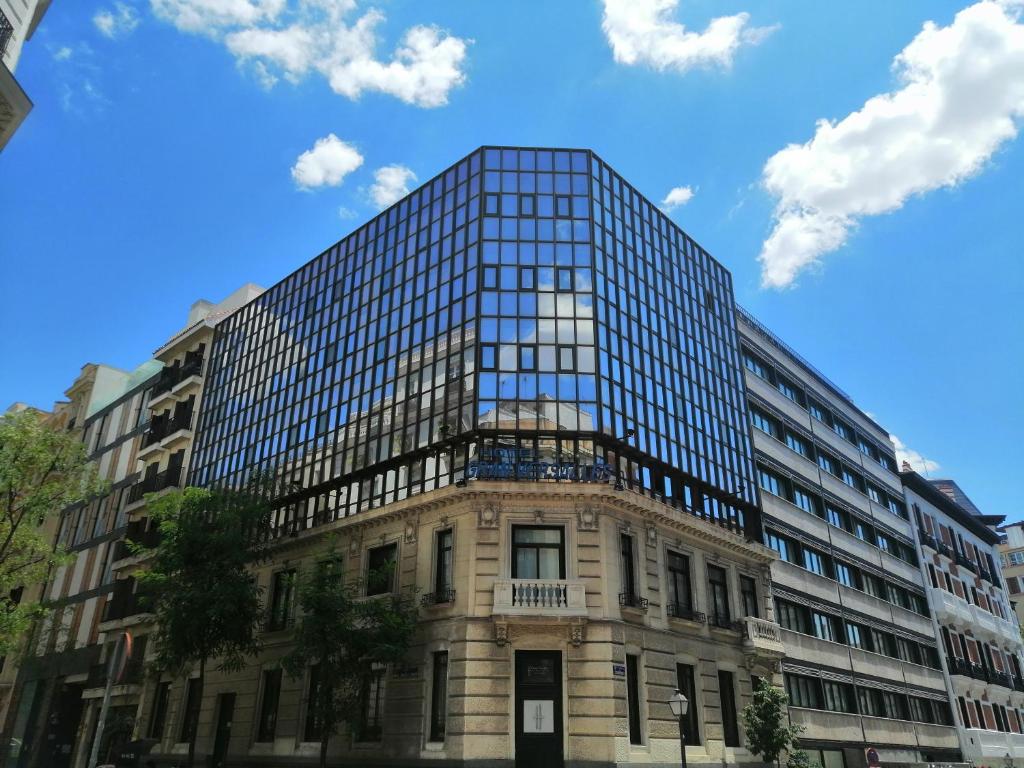 Hotel Gran Versalles offers excellent value for money, although slightly further away from downtown Madrid, it is still very easy to explore Madrid and its attractions. Via subway station Alonso Martinez, which is only 200 meters away from the hotel, you travel in no time to almost every desired location. To the popular gay venues in Chueca, it is approximately a 15 minute walk. The hotel offers d
MORE INFO BOOK NOW € 186 per night
9.1 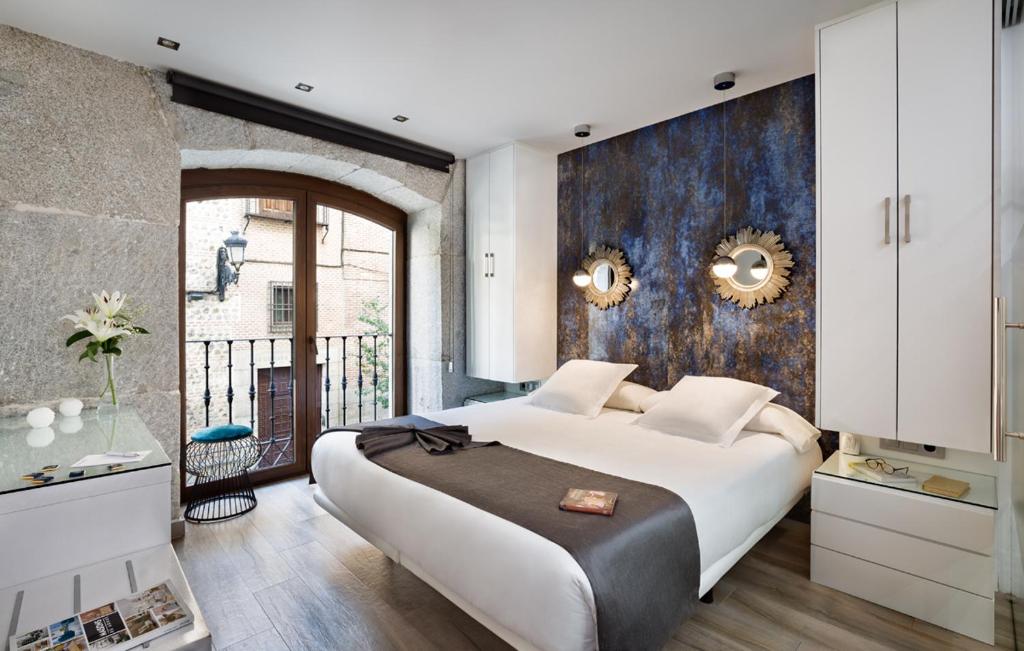 Just steps away from the Royal Palace of Madrid you will find hotel Francisco I. Guests of the hotel especially appreciate the great values for money, the excellent location and the friendly and helpful staff. The rooms of Francisco I are clean, well equipped and have a modern design. From subway station Opera it will take you less than 15 minutes to travel to subway station Chueca in the heart of
MORE INFO BOOK NOW € 175 per night
9.0 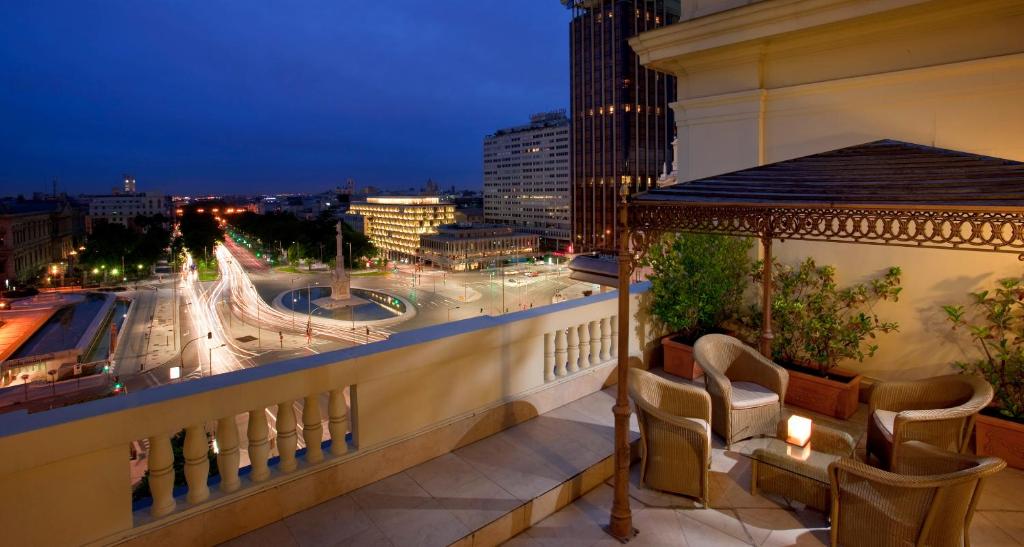 The Gran Melia Fenix is located in the Salamanca district, close to Madrid's city center. Salamanca is one of Madrid's most luxurious neighborhoods, that is why you will find here many high end shops and brands. The Gran Melia Fenix offers many different types of rooms, the rooms are very spacious and equipped with many comforts including free internet. In addition, the hotel has a several restaur

OTHER HOTELS FOR GAYS IN MADRID 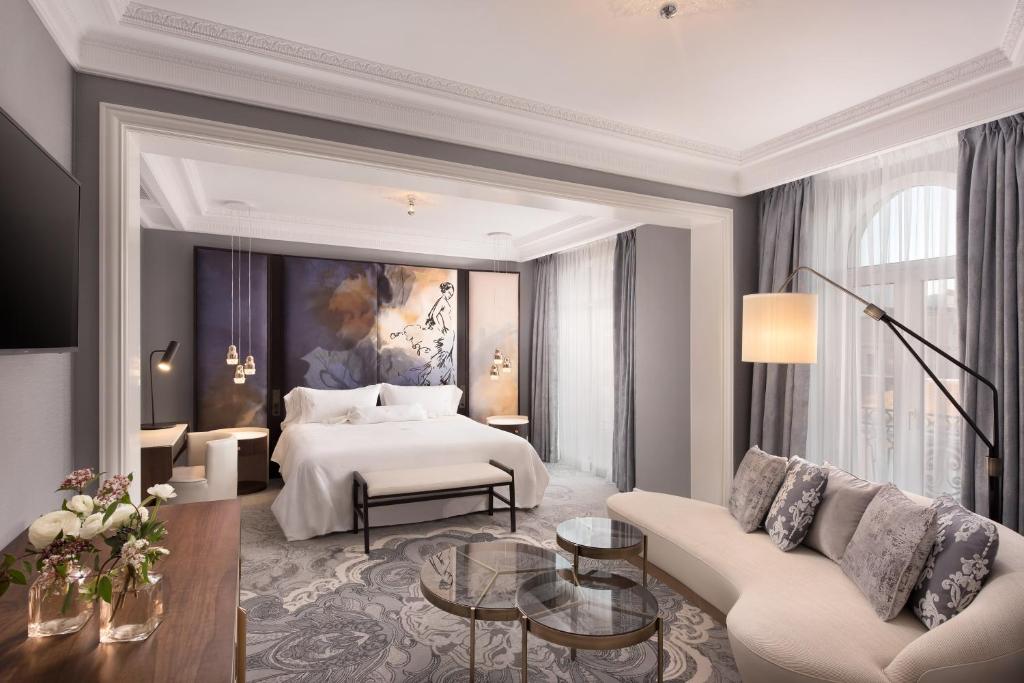 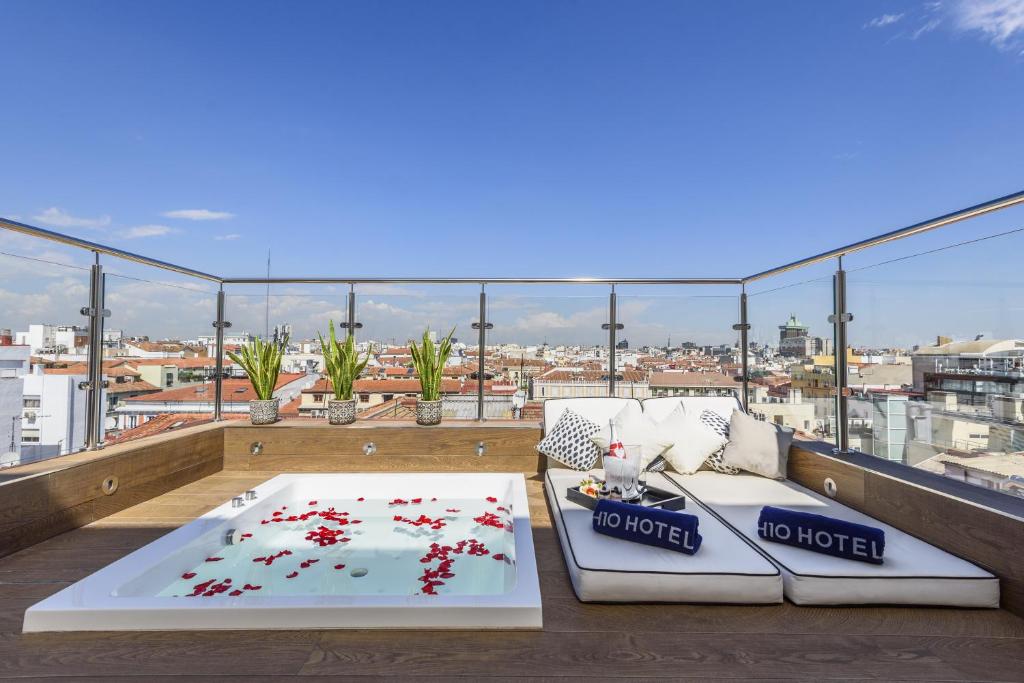 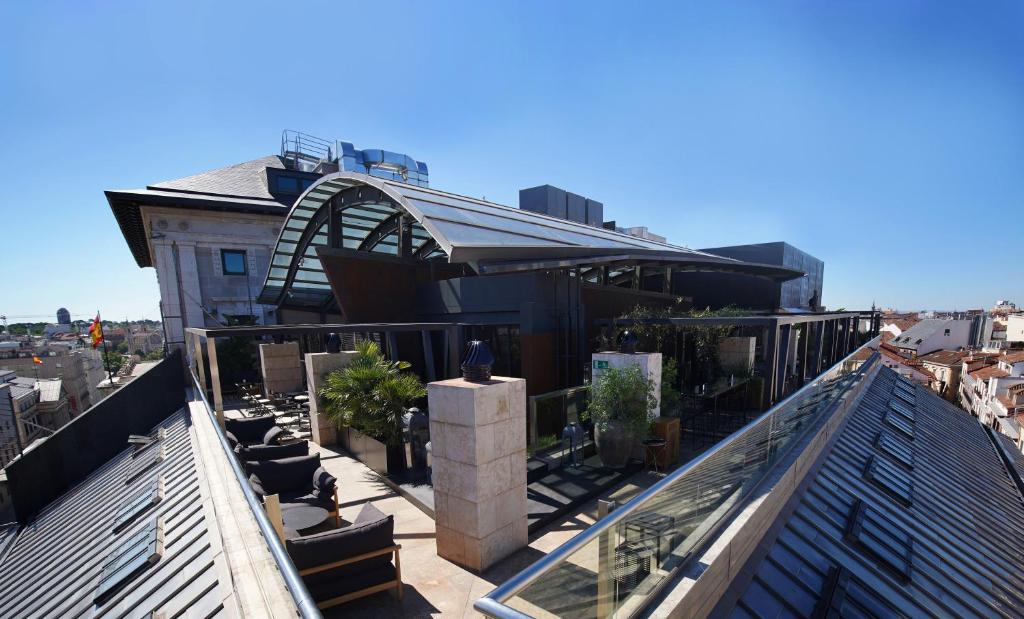 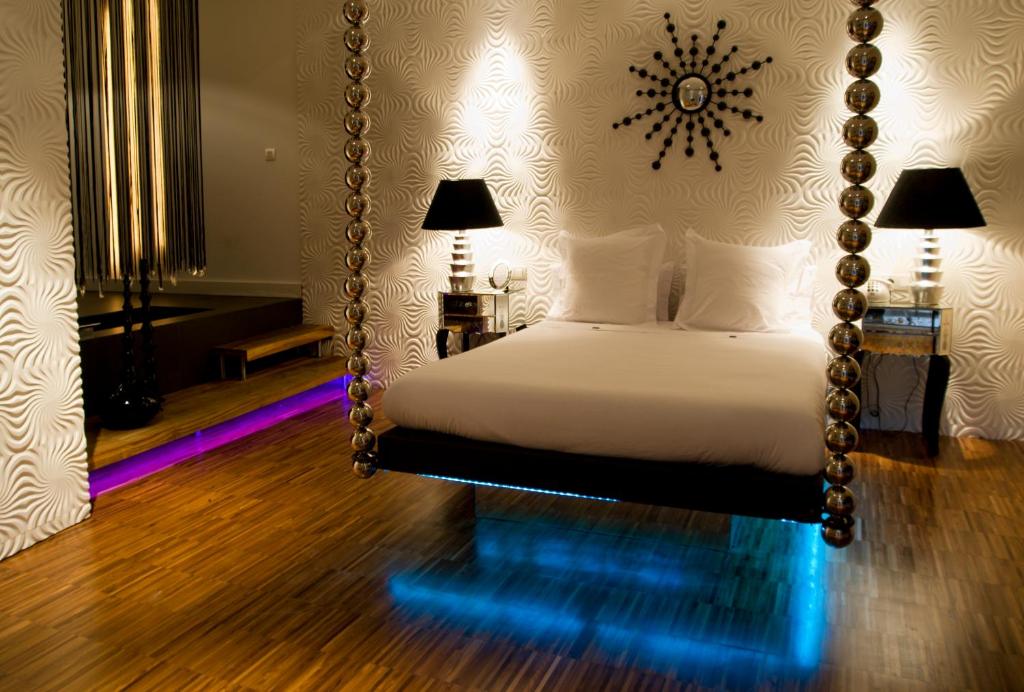