Germany’s most common tourist offerings are Lederhosen and Oktoberfest; on the other hand, there’s so much more to offer to everyone in this diverse country. Gay Germany has a combination of exceptional cultural influences which will leave any gay traveller with thrilling adventures.

A lot of major cities in Germany have thriving and prosperous gay scenes and activities, particularly Cologne and Berlin. A lot of celebrities and politicians in Germany are lesbian or gay, and a lot of urban destinations are superbly progressive about gay and lesbian visitors, both local and international.

Gay visitors must visit Berlin, Frankfurt, Hamburg, and Munich because these cities are regarded as the biggest and the most gay-friendliest gay destination in Germany. As a matter of fact, municipalities, towns as well as cities organize over sixty gay pride and other events catered to the gay community all over the country.

In this guide, we gathered vital information regarding why, when as well as where gay visitors should begin planning their gay trip to Germany, including links to the best gay hotels in Germany.

Is Germany a Gay-Friendly Country?

Germany, by tradition, is renowned for being one of the gay-friendliest countries in Europe and all over the world. On the other hand, Germany ranks among the top gay-friendly destinations next to Sweden and Canada; according to the 2020 Spartacus Gay Travel Index, the gay-friendly environment in main cities like Cologne, Hamburg, and Berlin.

Germany’s capital city is Berlin. It happens to be the country’s largest city and is regarded as the gay-friendliest city as well. In spite of the difficult background of being a city that was divided for more than four decades by the allied forces after WW II, the city developed a significantly diverse gay culture.

Berlin has a true gay neighbourhood and a renowned gay club scene with Kitkat Club, Berghain, and SchuZ, where each fetish has its event. For gay travellers going to the Berlin gay scene, don’t fail to visit and witness the Pink Pillow collection of gay-friendly accommodations in Berlin and other gay-friendly hotels in Berlin.

All through the year, Berlin hosts a lot of gay events, including the MotzstraBenfest; this is a yearly Gay pride also known as CSD Berlin, and certainly, the Folsom Europe, a very popular fetish festival.

Hamburg is located in the north-western portion of the country and is the 2nd largest city in Germany. Its city-state has a very firm and powerful association with the River Elbe. It’s one of the places I’ve visited years ago on the initial trips we have made. Gay travellers must explore the exceptional architecture of the city by dropping by the modern structures at the port area, the Speicherstadt, City Hall as well as the currently finished and opened concert hall, Elbphilharmonie.

Hamburg is also a very popular area for gay people in Germany, providing a gay-friendly setting with many events happening all throughout the year, including the Harbour Pride happening in May annually, Leather Pride taking place in August as well as the Winter Pride usually celebrated in November and sometimes in December.

It’s not surprising that there is so much to do for gay couples and singles in Hamburg. For one, the surrounding area is home to a lot of gay clubs and bars so you can taste the best drinks in town. There are also gay-friendly restaurants and bistros. On the other hand, the most important is that the hotels are very welcoming to gays. Look here for the 10 best gay-friendly hotels in Hamburg.

Munich is one of the best places to visit in Germany for gay travellers out there. With more than 1,4 million population, Munich is the 3rd biggest city in Germany. The capital city of Bavaria is internationally renowned for its local cuisine, beer as well as conventional culture, and don’t forget the yearly beer festival or the Oktoberfest. Aside from the cooking highlights, the city has a substantial lively, and energetic gay scene chiefly located within Munich’s center region of Glockenbachviertel.

Travelers and members of the gay community must put the yearly Gay Pride Weekend or the CSD München, Queer Film Weekend or also known as Verzaubert, as well as other gay celebrations during the Oktoberfest festival.

Munich will never run out of things to offer to every visitor. Aside from the said events, Munich is also abundant in gay bars, clubs, bistros as well as restaurants. You can find many gay-friendly hotels in Munich, most suitable for what you require. Aside from that, Munich also offers other things to do for gay travellers, such as visiting some of the most popular landmarks. In the area are shopping caters that make it a shoppers’ haven. 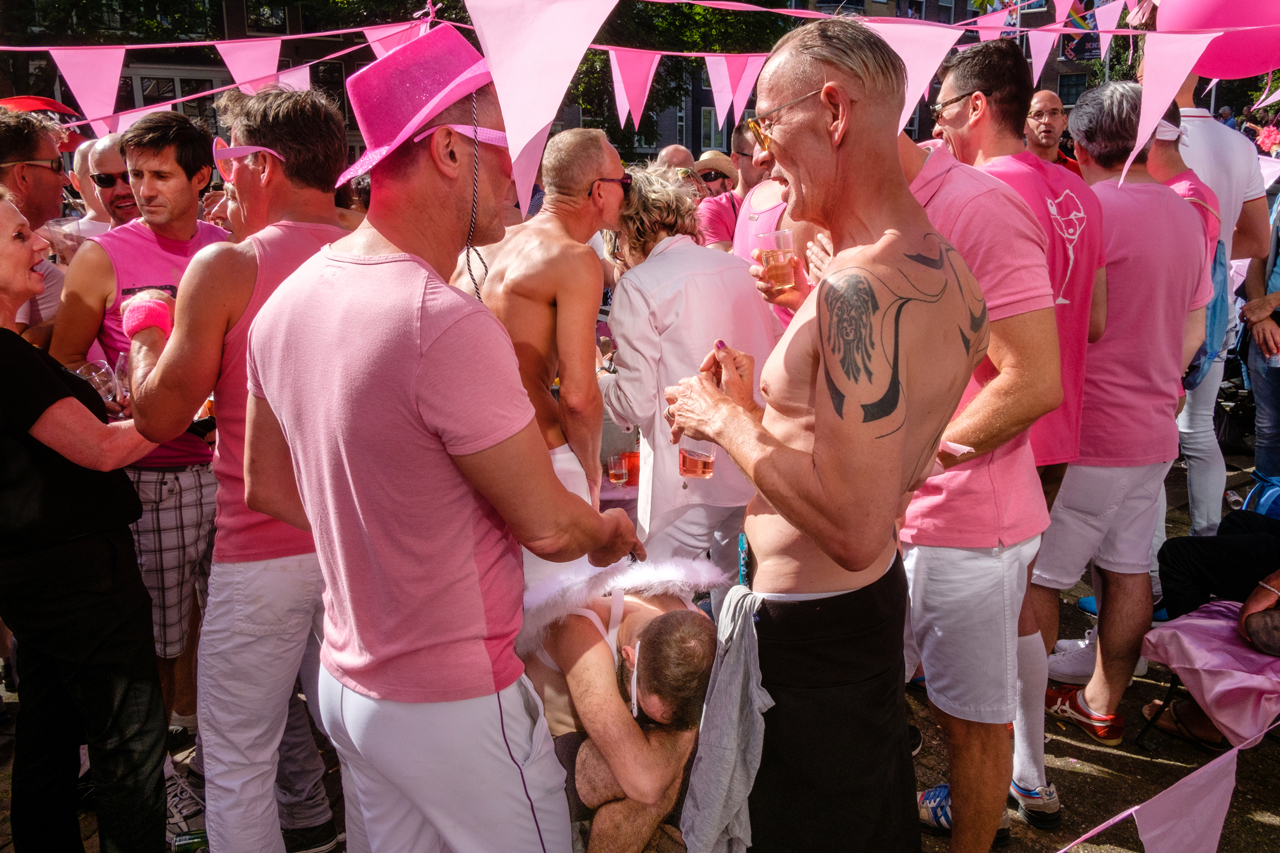 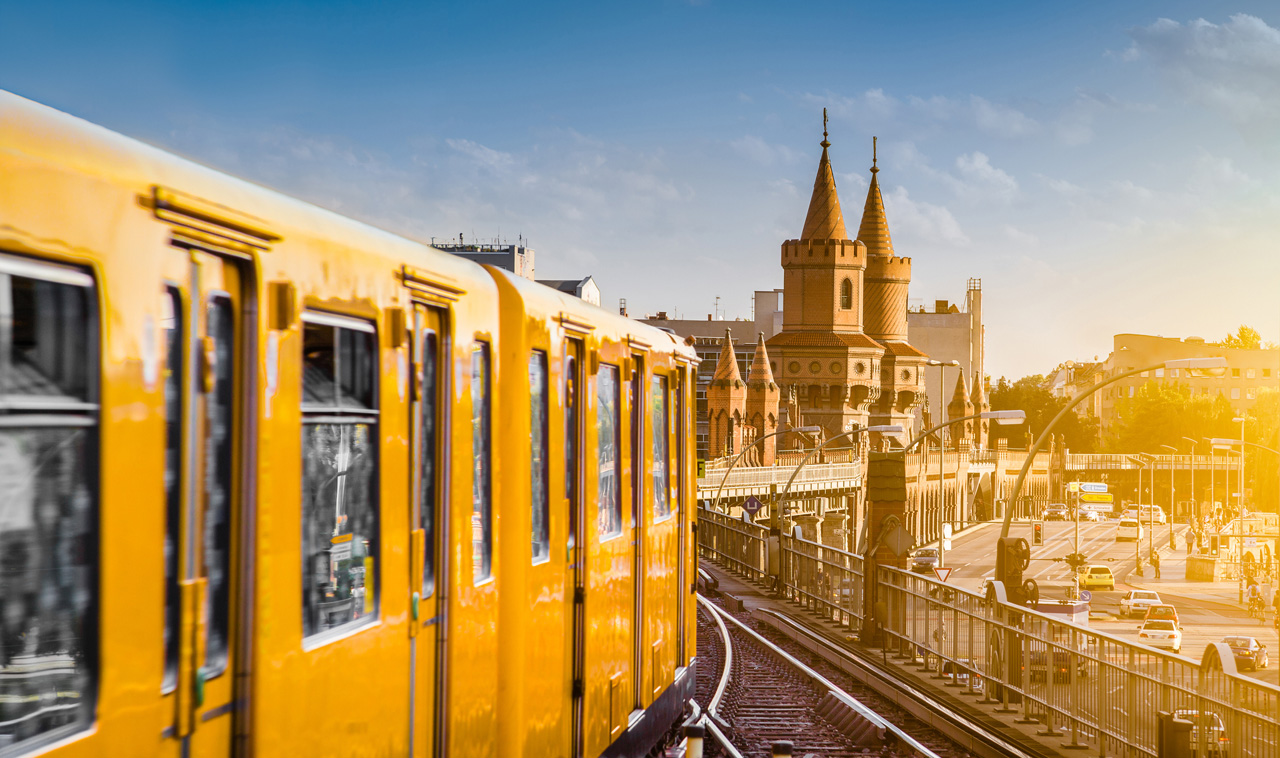 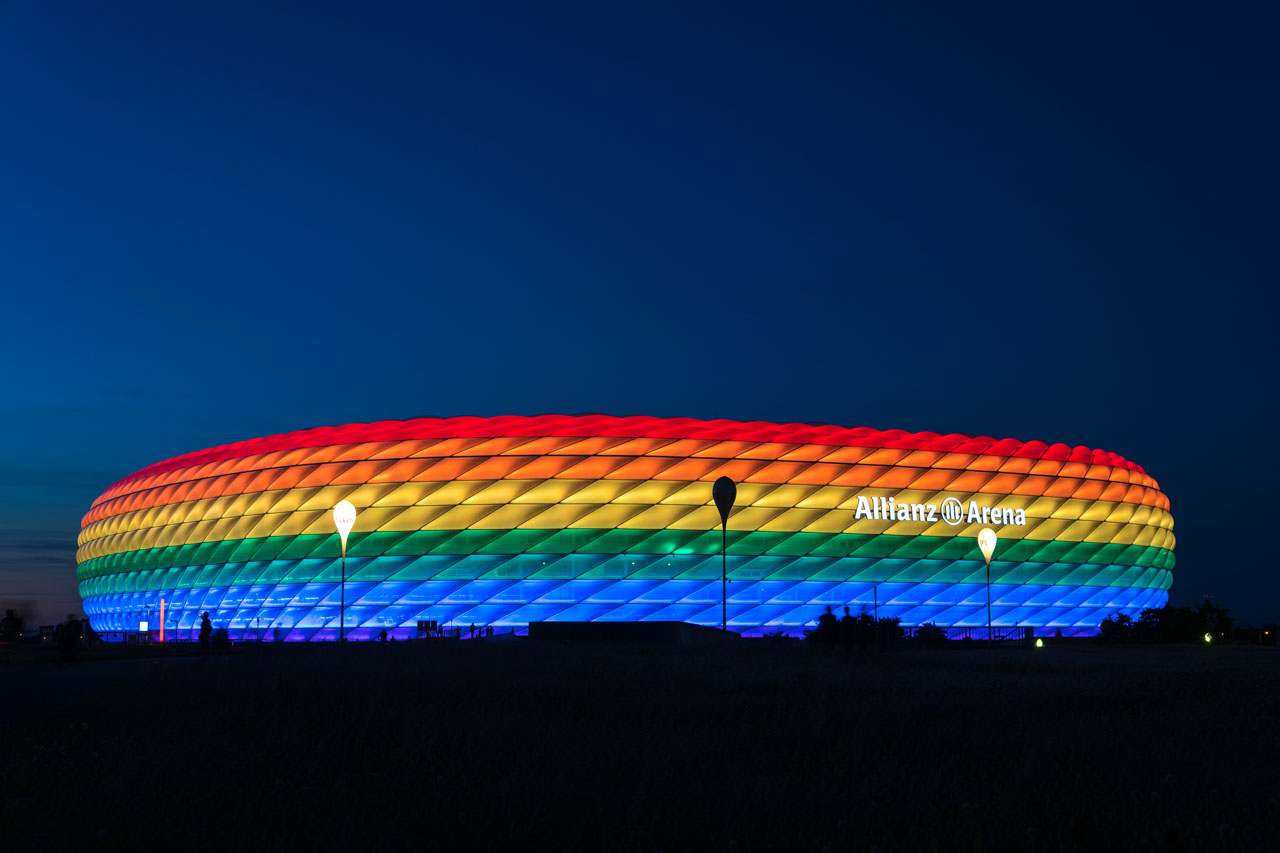 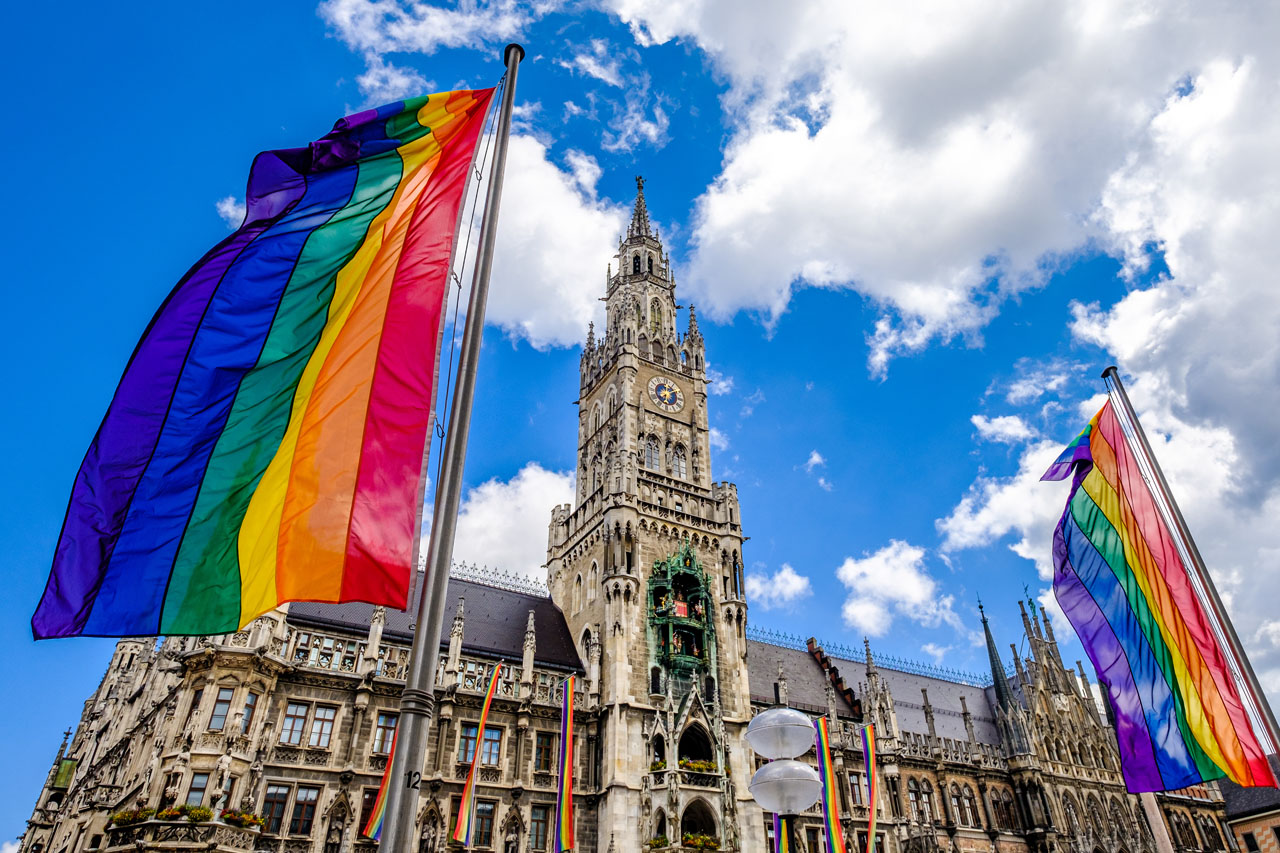 “Gay Germany has a combination of exceptional cultural influences which will leave any gay traveller with thrilling adventures.”

This is considered the country’s business and financial district situated at the heart of Germany with an amazing and impressive skyline that stands against the historic buildings of Frankfurt center. Also, it has the biggest airport in the country, operating flights from all parts of the globe connecting to almost all national airports.

This makes Frankfurt a worldwide hub for the gay community with an energetic, diverse gay scene, drawing the attention of many gays from different parts of the world. The gay pride Frankfurt is considered among the top-most and biggest events within the region. This event is celebrated annually and participated by many gay and lesbian people with a colourful parade.

Frankfurt offers countless things to see or do, and places to visit for gay travellers. Here, you will witness the major historical attractions along the way, and one good example is the very popular Roemberg.

Frankfurt is also a place for enviable museums, and we recommend you to stay at least three days in the city to discover the different highlights. The German Architecture Museum Exhibits from Primordial Hut to Skyscraper, a must-see museum. Palmengarten is a very popular botanical garden wherein guests see flora from a range of climate zone in a park of more than 22 hectares as well as 7,000 square meters of conservatory space.

When it comes to the gay scene, all the happenings take place in the very popular Bermuda Triangle of Schafergasse, Bleichstrasse, and Alte Gasse. If you look like dancing and drinking, check out the CK studio, this is a dedicated gay dance club located in the middle of the city.

Many other themed parties happen on alternate Saturdays. Among the place’s most popular and visited bars is the Central Bisar. It is also worth visiting the Tangerine Bar, wherein you will see the Old Germany with timbered ceilings as well as brick walls. The whole Bermuda Triangle spans three blocks, and you dig almost every gay bar in the area in just one night.

Situated relatively near the Dutch and Belgium border, one of the best cities for gay travellers in Germany is Cologne. This amazing and gay-friendly place is situated in both areas of the River Rhine, one of the biggest rivers in Germany. This city is renowned for Kolsch beer, part of the main metropolitan area of Rhine-Ruhr in Europe. This is the 4th largest city in the country and is a renowned gay destination for the gay community, and therefore an extremely attractive hotspot for gay travellers.

Cologne’s gay life covers a region of two districts with a major gay area in Rudolfplatz, popularly known as the Bermuda Triangle and the Old Town as well. One of the largest and biggest annual gay events in Cologne or perhaps in the whole of Europe is the Gay Pride.

With regards to the gay venture, this city has a lot of things to offer. There are a lot of gay clubs and bars in Cologne to keep guests entertained, and some of the bars are located in Schaafenstrasse. Also, there are dance parties celebrated monthly. Another thing to consider why you need to visit this place is that there are also some gay-friendly saunas and bars, like Exile on the Corner, Iron Cocktail Lounge, Kattewinkel and Ruhrpott.

The city has become a very popular gay destination due to the friendly people and environment, and also, there are a lot of gay-friendly hotels in Cologne. 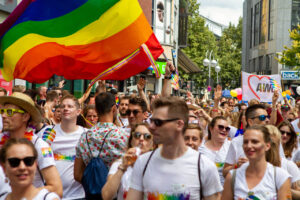 Christopher Street Day – Gay Parade in Cologne. The gay community shows their pride during the annual gay pride in Cologne, the biggest Gay Pride in Europe.

Dresden is a remarkable hometown and the city capital of the Eastern German federal state of Saxony, Dresden is located on the riverbed of Elbe and is also renowned for its remarkable old town city center, which was recently remade after it was demolished in World War II. At this point, the city has standing and character for being an open-minded, creative student city with a small but extremely lively gay community.

One of the most prominent events taking place is the CSD Dresden pride, which highlights local gay, lesbian, queer, trans, and gay travellers. Once a year, we spend a few days in this city, combining a trip to the city. Dresden is indeed a popular city worth being mentioned in this guide and being high on everybody’s gay travel bucket list.

As a whole, Germany is not just a peaceful and thriving country in all of Europe. This is also a perfect and safe destination for gay and lesbian travellers. This is considered one of the most gay-friendly countries in Europe, and in fact, millions of gay travellers enjoy Germany yearly to enjoy gay activities and scenes. 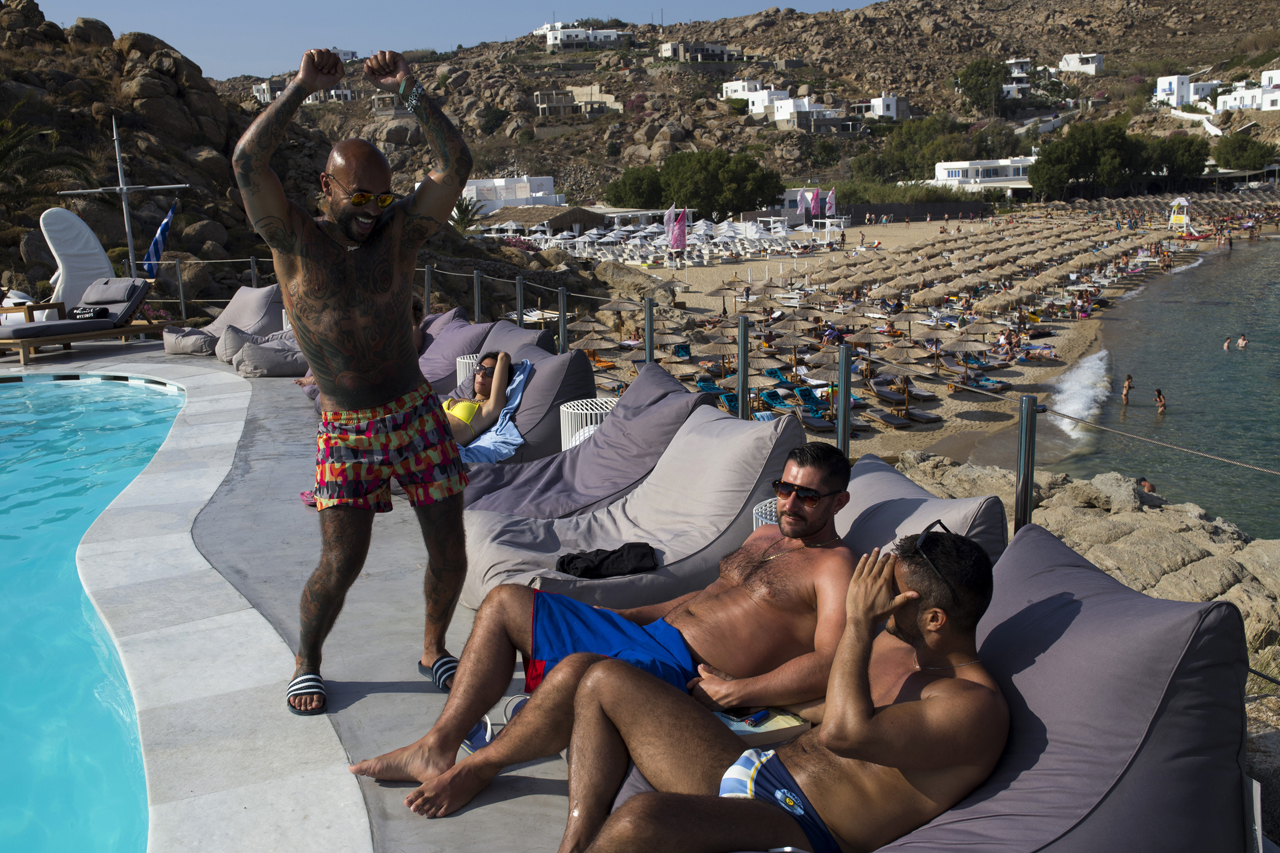 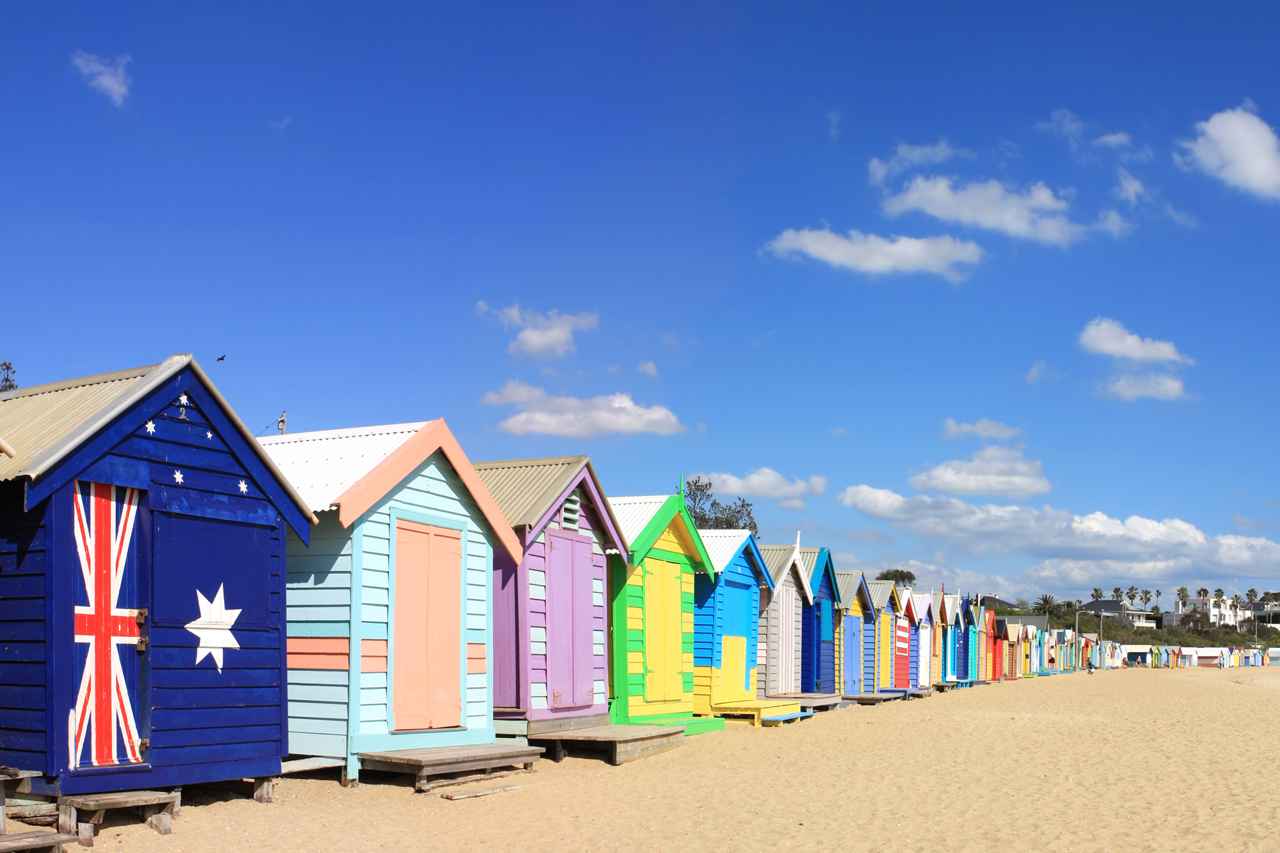 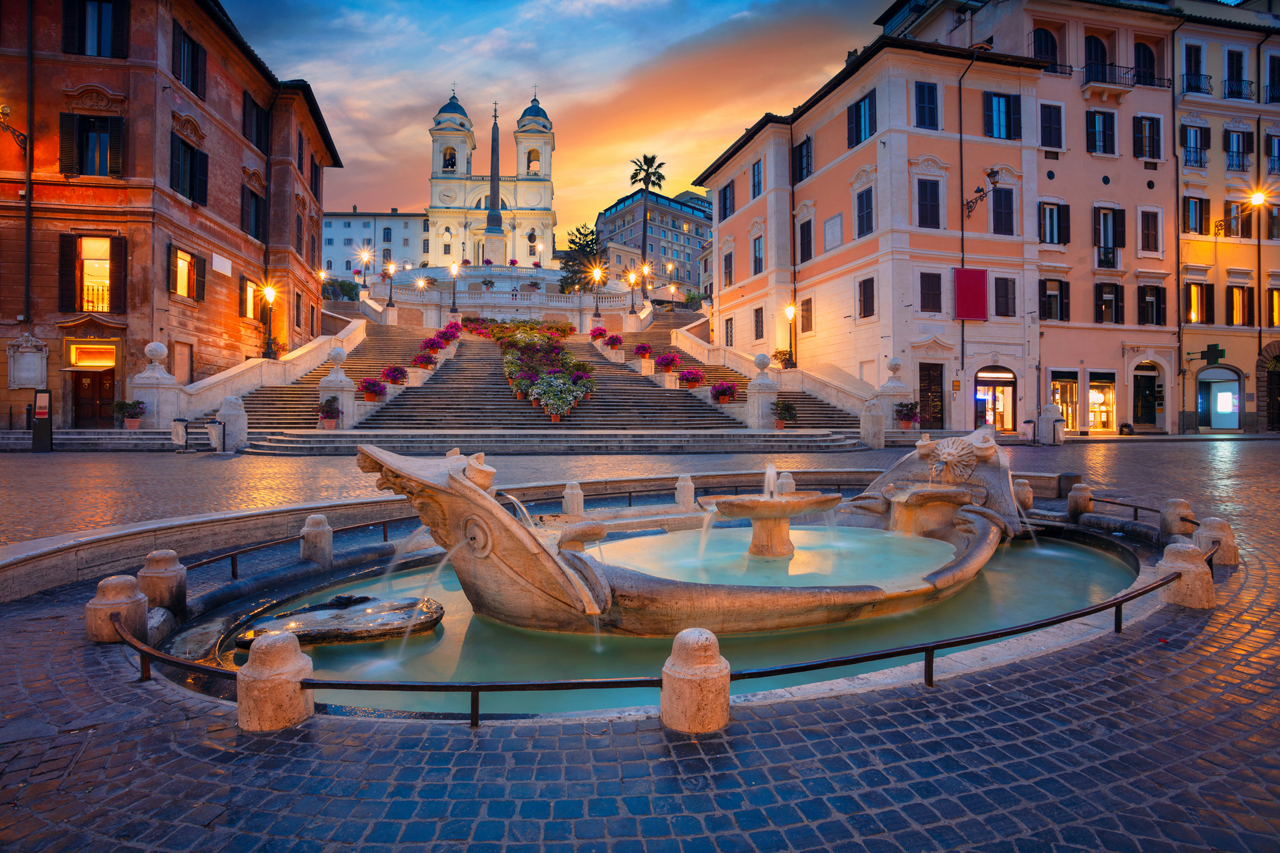 Read More
Back to blog overview

berlincity guides
by john
Read Next